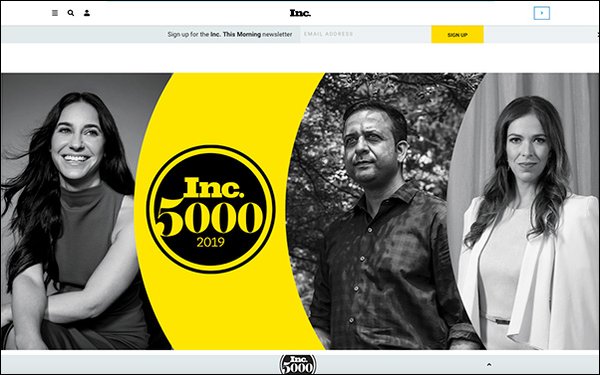 Freestar is #1 in the just-released 2019 Inc. 5000, Inc. magazine’s annual ranking of the fastest-growing privately held companies in the U.S. — and other ad-tech companies are also high up on the list.

Launched in 2004, Freestar — which specializes in helping publishers optimize their ad sales — reached $36.9 million in revenue 2018, representing three-year growth of 36,680%, according to Inc. The Phoenix-based company now works with more than 300 publishers.

Also high-up in the ranking: MuteSix at #15 and Anchor Worldwide at #16.

Five-year-old MuteSix, a performance marketing agency specializing in Facebook advertising and Google Adwords, has seen 10,176% growth since 2015, for 2018 revenue of $17.3 million.

Anchor Worldwide, a creative, production and media agency launched in 2015, has seen three-year growth of 9,753%, to reach $10.7 million last year.