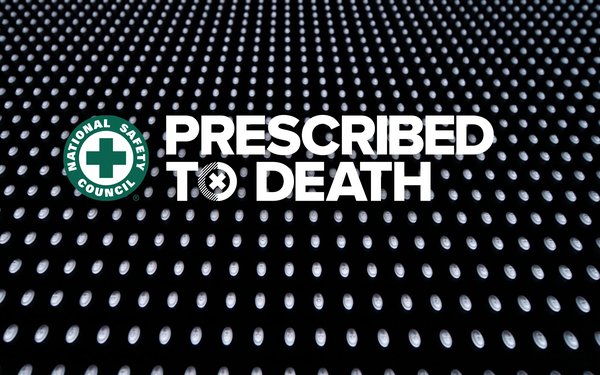 Challenge: How can you get Americans to take the threat of prescription opioids seriously when they don’t believe addiction can happen to someone like them?

This was the challenge that faced National Safety Council (NSC), an American nonprofit dedicated to eradicating preventable deaths from causes like falling, choking, car accidents, and drug overdoses.

Though NSC had been doing life-saving work for over 100 years, in 2016 most Americans had never heard of it.  The organization had just 1% unaided awareness. NSC could save more lives if people knew who it was. With little money for a brand campaign, we knew that NSC’s next campaign educating about a preventable killer also needed to establish NSC as a leader in safety.

Prescription opioids kill more than 22,000 Americans each year. Yet, when this project began in early 2017, media coverage of the opioid epidemic focused on heroin and fentanyl, not prescriptions. When NSC fielded a survey on drug abuse, they realized how many were at risk: Prescription opioids were available in three out of five homes.

Through our research, we realized an alarming attitude about addiction.

Insight: Americans think opioid addiction and overdoses are a problem for “addicts,” not people like them.

We developed "Prescribed to Death," a program confronting people with their own vulnerability to prescription opioid addiction and overdose, while educating them to protect themselves.

At the heart of the program was a memorial to the victims of the opioid crisis. The memorial wall was a data visualization comprised of 22,000 pills carved with the real faces of people who had died from opioid overdoses.  It was impossible to visit the wall without seeing a face that looked like you.

The memorial launched in Chicago before touring nationally. To bring this experience to a broad national audience, we developed a digital memorial where people could explore victims’ stories, and distributed films sharing the stories of three overdose victims.

NSC’s survey on drug abuse revealed one out of three Americans taking prescription opioids don’t know they’re taking opioids. So we also developed and distributed educational content through social and NSC’s owned channels to helped people recognize opioids when they see them.

Because we wanted to trigger a meaningful behavior change to protect people, we developed Warn Me Labels, a sticker to be placed on insurance cards that could spark conversations with prescribers about the risks of prescription opioids. We distributed them at the memorial and to employers across the country.

"Prescribed to Death" exceeded all our goals.

And triggered a meaningful behavioral change that could protect them from addiction and overdose: