Sanders Proposes Ban On Police Use Of Facial Recognition Technology 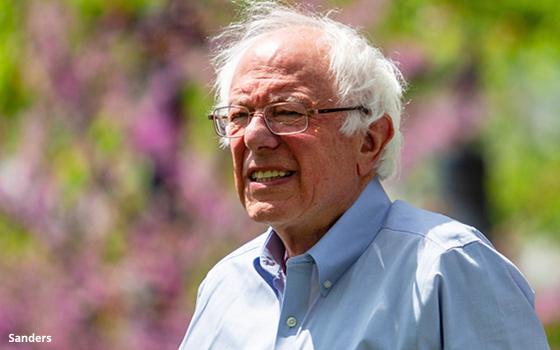 Democratic presidential candidate Bernie Sanders is calling for a ban on the use of facial-recognition technology by the police.

The proposal is part of an ambitious criminal justice platform unveiled Monday by the Vermont senator.

Sanders' proposed ban comes as local governments are increasingly scrutinizing the use of facial-recognition software. This year, three cities -- San Francisco and Oakland, California, and Somerville, Massachusetts -- have prohibited the police from using facial recognition software.

Lawmakers in Washington state considered, but failed to pass, legislation that would have curbed the use of facial-recognition technology by the police as well as by private companies.

Several states, including Illinois and Texas, have laws restricting private companies' ability to use biometric data, including data gleaned from facial-recognition software.

The law in Illinois provides for private lawsuits against companies that fail to comply with curbs on biometrics. Google and Facebook are among the companies facing litigation for allegedly violating that law.

Civil rights advocates argue that the use of facial-recognition software will lead to pervasive government surveillance.

“The threat that facial recognition poses to human society and basic liberty far outweighs any potential benefits,” Evan Greer, deputy director of digital rights group Fight for the Future, wrote in a recent column for BuzzFeed. “It’s on a very short list of technologies -- like nuclear and biological weapons -- that are simply too dangerous to exist, and that we would have chosen not to develop had we had the foresight.”

Critics also say that much of the current facial recognition technology is flawed -- particularly when it comes to recognizing faces of minorities. Last year, the ACLU tested Amazon's facial recognition technology by comparing a database of 25,000 mugshots with photos of Congress members. The technology incorrectly matched 28 Congress members with people depicted in mugshots. The incorrect matches "were disproportionately of people of color," the ACLU reported.