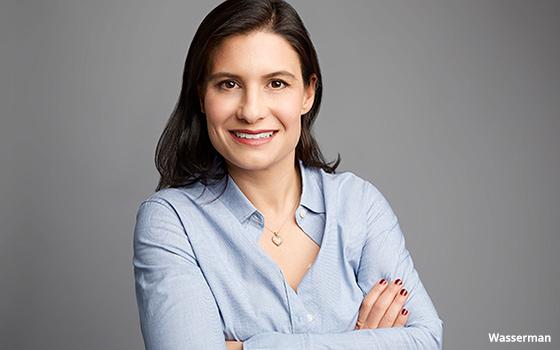 A lawyer and 20-year veteran of the entertainment industry, Wasserman was most recently cofounder-executive producer of production firm Project Z Entertainment.

CNE’s film projects include “Mosul,” which is based on journalist Luke Mogelson’s stories in The New Yorker about the fight to liberate the Iraqi city from ISIS militants. CNE also produced “Spiderhead” and “Gilded Rage” for Netflix, according to an announcement.

Condé Nast is building out its film and video business to diversify revenue away from print ad sales that comprise 36% of revenue. CNE’s production studio has more than 65 active projects in film and TV, 175 new digital pilots, two streaming channels and the GQ Sports channel that launches in the fall.

Wasserman will be based in Los Angeles and report to Oren Katzeff, president of Condé Nast Entertainment.

Condé Nast CFO David Geithner and head of HR JoAnn Murray are set to leave the company as it names new people to lead those functions worldwide.

Wasserman’s production credits at Project Z Entertainment include several films, such as the animated “Gnome Alone” and “Seoul Searching“ for Netflix and thriller “River Runs Red.” Her upcoming features include action-thriller “Doorman” and romantic comedy “Godfrey.”

Wasserman started her career as a lawyer at Gray Cary, which later merged with law firms Piper Rudnick and DLA to form DLA Piper. She has worked as an entertainment licensing attorney and in business development, finance and production on projects at Disney, DreamWorks Animation, Fox Searchlight, Lionsgate, Oxygen, 20th Century Fox and Discovery, among others.