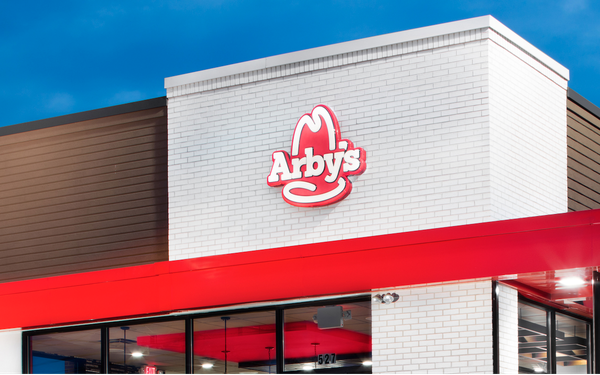 Roark Capital Group, which owns Arby’s and many other restaurants, along with JAB Holding Holding Co. (Au Bon Pain, Panera) have joined the ranks of the 10 biggest U.S. foodservice companies, according to Nation’s Restaurant News.

In a separate ranking, NRN cited MOD Pizza as the fastest-growing restaurant chain for the second consecutive year.

Roark, at No. 6, got a big boost from the acquisition of Buffalo Wild Wings by Rourke’s Inspire Brands in February 2018, as well as full-year sales from the Nick 'N Jim's Bar-B-Q chain acquired in July 2017. Those helped to propel Roark’s revenue by 64.3%, according to NRN’s Top 100 Companies Census.

NRN tracks reported or estimated systemwide sales for companies’ most recently completed fiscal years between the period of July 1, 2018 and June 30, 2019.

JAB’s growth of 77.3% in estimated U.S. foodservice revenue primarily reflects a full-year of ownership of Panera Bread Co. and Au Bon Pain-parent Panera LLC. Also contributing to revenue growth were the acquisitions of the Pret A Manger sandwich cafe chain and Insomnia Cookies.

Per its 2019 Top 200 Chain Census, NRN says the independently owned MOD Pizza was the fastest-growing restaurant chain for the second consecutive year.

Sales at MOD (Made On Demand) Pizza, based in Bellevue, Wash., increased by 44.7% to $390.7 million, after having grown by 80% in the preceding year, according to NRN. MOD has more than 400 locations in the United States and the United Kingdom.

MOD was founded in 2008 by husband and wife Scott and Ally Svenson in their hometown of Seattle. They had previously founded U.K.-based Seattle Coffee Company, which Starbucks acquired in 1998.

As it continues to grow, MOD has remained independent by raising successive rounds of investment fund raising. In May of this year, the company increased its capital raised by $160 million, to a total of $335 million. At the time, MOD said its goal was to reach 1,000 locations within the next five years.