Use Of Smartphones, Social Media Enlarge A User's World 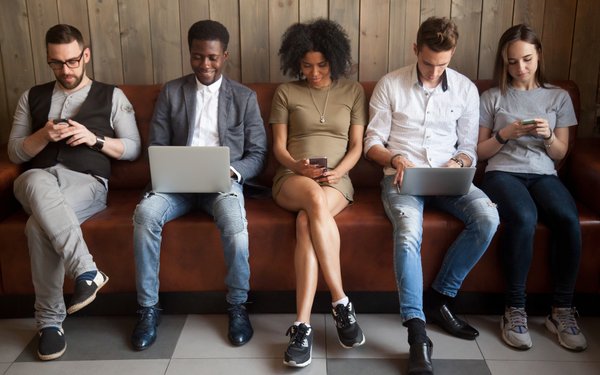 Around the world, the continued spread of smartphones and social networks is expanding people’s social horizons.

That’s according to a new study from the Pew Research Center, which included responses from respondents in 11 nations.

Across cultures, greater access to smartphones and social networks translates to virtual connections with more diverse groups of people.

Specifically, smartphone owners were more likely than those who used less sophisticated phones (or no phone at all) to regularly interact with people from different religious groups.

For example, 57% of Mexican smartphone users reported frequently or occasionally interacting with people of other religions, compared with 38% of those with less mobile connectivity.

Those consumers with smartphones were also more likely to have access to new information about health and government services, Pew found.

Across most of the 11 emerging economies, people with smartphones also tended to be more likely to interact regularly with people from different political parties, income levels and racial or ethnic backgrounds.

For example, more than half of Mexican smartphone users (54%) regularly interacted with people who support different political parties, compared with 30% of those without smartphones.

Across these 11 emerging economies, smartphone and social media use were highly connected.

A median of 91% of smartphone users in these countries also used social media or messaging apps, while a median of 81% of social-media users saying they own or share a smartphone.

As with smartphone users, social media and messaging app users stand apart from non-users in the regularity of their interactions with people who are different from them, Pew found.

For example, 52% of Mexican social-media users regularly interact with people of a different income level, compared with 28% of non-users.

That said, Pew’s results did not show with certainty that smartphones or social media are the cause of people feeling like they have more diversity in their lives.