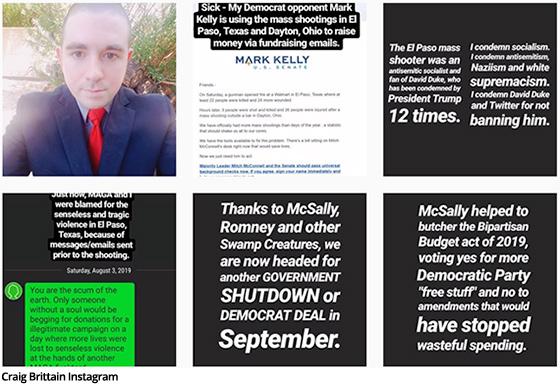 The ruling marks the latest setback for Brittain, who sued Twitter last year for suspending his account on several occasions. Two months ago, U.S. District Court Judge Yvonne Gonzalez Rogers in the Northern District of California dismissed the lawsuit, ruling that Section 230 of the Communications Decency Act protects Twitter from liability for decisions about how to treat content on its platform.

“While the court can understand the frustration which may occur if a person’s Twitter account is suspended, unless a legal cause of action can be articulated, a lawsuit cannot be sustained,” Rogers wrote.

Brittain then filed paperwork to appeal to the 9th Circuit Court of Appeals. After he initiated the appeal, Rogers issued an order declaring the appeal frivolous.

On Monday, the 9th Circuit noted Rogers' ruling and directed Brittain to either withdraw his appeal or file a motion explaining why the appeal isn't frivolous. The appellate court gave Brittain until September 30 to respond.

Others, including Canadian writer Meghan Murphy, white nationalist Jared Taylor, and right-wing activist Charles Johnson have brought similar lawsuits. To date, Twitter has prevailed in all of those lawsuits.