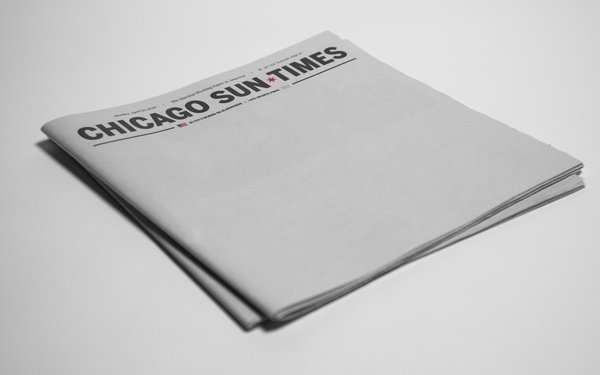 Newspaper circulation has been declining for 28 consecutive years as readers turn their attention toward a digitally focused world.

The Chicago Sun-Times was not immune. Within the past five years, the paper has been through a string of sales, new owners, and layoffs in an effort to become leaner and to survive. But that alone hasn’t been enough to mitigate the declines in print circulation and an aging audience. In order to stay afloat, the Sun-Times needed to introduce a digital subscription and recruit a digital-first audience, asking readers to pay for content that was once free.

At 174 years old, the Chicago Sun-Times is the city’s oldest continuous newspaper — a fixture of the city, and an entity that residents never imagined going away. But readers were turning a blind eye to print journalism’s slow decline, making it difficult for people to absorb the full impact or mobilize against it. So we needed a sharp intervention that would wake them up to the truth of the paper’s decline.

To launch its digital subscription service, the Sun-Times did something no newspaper had done before: It left its most valuable piece of real estate — the front cover — blank. Instead of reading breaking news, readers were greeted with an ominously bare page. Our bold statement was designed to catch readers off-guard, and to ensure that our powerful message was heard.

We asked readers to imagine Chicago without the Sun-Times. Inside the cover, we urged readers to subscribe online with a simple message: “We’ve been a part of Chicago for a very long time. Help us make sure it stays that way.”

Readers were then pointed online, where they could sign up for a monthly or annual digital subscription. We appealed to the pride readers feel for their city and put the fate of the newspaper in their hands.

By taking a risk, the Chicago Sun-Times made headlines around the country, all because it didn’t print one.

On the day of circulation, “The Blank Page” spread ample awareness, driving an increase of traffic to the paper’s website that surpassed average visits by 16.6%. In fact, it resulted in the highest number of site users and page views compared to any other day that month. On social media, many of our posts about “The Blank Page” topped previous bests for the newspaper.

Most impressive was the number of digital subscribers the paper received. Within one week of launch, the Sun-Times had more than doubled digital subscriptions, increasing subscribers by 161%. The campaign also mitigated an expected 50%+ decline in site visits after introducing the paywall. Instead, the decline was only 17.6%.