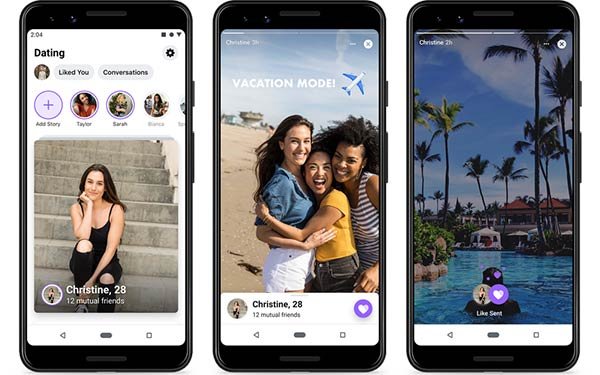 Amid a swirl of regulatory threats and privacy concerns, Facebook officially launched its Dating service in the United States this week.

As long as a person is at least 18 years old, any U.S. Facebook user can now set up a dating profile directly within the company’s flagship app.

With the service -- which was already available in 19 other countries -- users can integrate Instagram posts directly into their Dating profiles. By the end of the year, they should also be able to add Facebook and Instagram Stories to their profiles.

If two users have both marked the other as a secret crush, Facebook will let them know they have matched.

But if your crush isn’t on Dating, doesn’t create a Secret Crush list, or doesn’t put you on their list -- then no one will know that you’ve entered their name,” according to Nathan Sharp, a product manager for Facebook Dating.

For such a service to be successful, users will have to trust Facebook with their most sensitive secrets. Unfortunately for the social giant, its failure to secure users’ personal information has been highly publicized.

Just this week, for example, it was revealed that the phone numbers of more than 400 million Facebook users were found floating online.

Trying to reassure wary users, Facebook said it worked closely with privacy and consumer protection experts in the development of Dating and embedded privacy protections directly into the service.

That said, Facebook’s immense size makes it an instant contender in the digital dating marketplace.

At present, approximately 200 million Facebook users publicly categorize themselves as “single.” Nearly anyone can use the new Dating service, regardless of their relationship status.