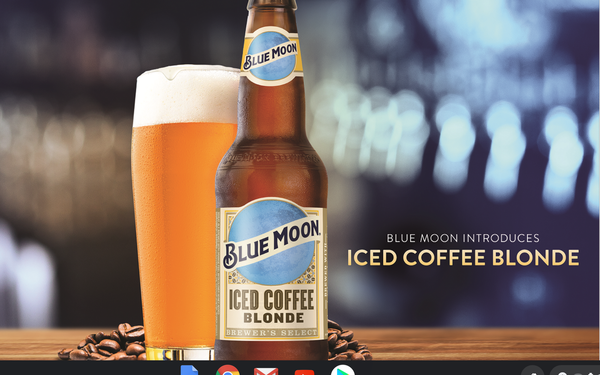 If you are one of those people who thinks caffeine-free coffee is kind of pointless, you may not  be interested in this story.

The brewer, a unit of MolsonCoors Brewing, says the product is “distinctly in the beer category.” Its alcohol-by-volume content is 5.4%.

MolsonCoors’s move into the ready-to-drink coffee market is motivated by tracking data that says those products are growing at a 10% annual rate.

So in essence, MolsonCoors is marketing beer with coffee and coffee spiked with alcohol.

Coffee as an ingredient in some beers has  been around for a long time — but mostly not marketed for that attribute.  Blue Moon Iced Coffee Blonde is  “lighter in color, with a more refreshing profile that’s easier to drink than a coffee stout or a coffee porter, the coffee beers most drinkers are familiar with,” says Elizabeth Hitch, the senior marketing manager for Blue Moon.

A version of Blue Moon’s Iced Coffee Blonde has been around for a while at Blue Moon’s RiNo taproom in its Denver headquarters city. Blue Moon says it’s trying to highlight popular beers at that place, making it a kind of beer test kitchen.

Iced Coffee Blonde should be available this month as a part of a Blue Moon variety 12-pack and in November as a stand-alone product.

Making alcoholic drinks out of beverages that weren’t is probably the biggest trend in the beer and spirits business at the moment. The spike-everything-liquid move is led most conspicuously by the hard seltzer market, but also including hard lemonade and ginger beer, which various analysts say will grow at a double-digit clip for the next few years.