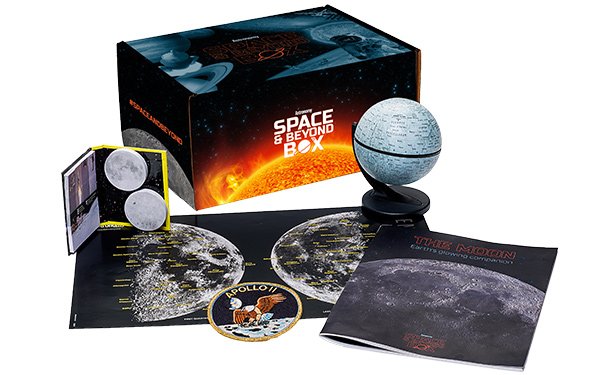 Beginning in mid-October, Kalmbach Media’s Astronomy magazine will begin accepting orders for its Space & Beyond Box.

The first quarterly subscription box will be mailed in November.

Through a partnership with AstroReality, the first 1,000 subscribers will receive a free Lunar AR Notebook that allows users to move beyond the page as they learn about the moon.

Each box will be centered on a mystery theme covered in a 32-page booklet written by Astronomy’s editors. It will contain five or more items that run the gamut from globes to models to space rocks.

Subscribers also have access to special deals and giveaways from the Kalmbach Science Group and its partners.

Subscriptions save customers over 40% off retail prices.

MyScienceShop.com has seen revenue increase by over 300% since launching in 2015; it has released more than 500 science-focused products and over 6,000 products across all Kalmbach’s ecommerce stores. The MyScienceShop.com website also reports an increase in site traffic of 150%.

“We remain dedicated to serving our highly passionate space audiences, as well as anyone interested in science and space exploration with products and experiences that will educate, entertain and delight them,” David Eicher, editor of Astronomy, stated. “Our team is constantly engaging with these audiences to ensure we meet and exceed their expectations with this new Space and Beyond Box.”
magazines, science, subscriptions
Next story loading