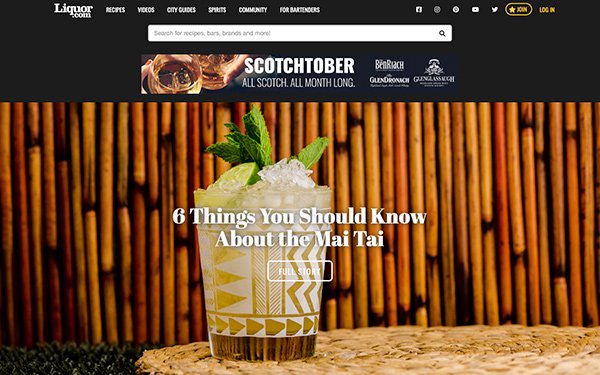 DotDash has made its fourth acquisition this year through a deal with Liquor.com, Axios reports. Terms of the deal were not reported.

DotDash CEO Neil Vogel told Axios the company paid around the same amount for Liquor.com as it did for former Conde Nast brand Brides earlier this year.

The company also acquired Byrdie and MyDomaine in 2019.

As part of its plan to leverage its portfolio of small, niche digital properties, DotDash has started to bundle its verticals into four groups, an effort to maximize advertising and sponsorship deals across its verticals.

The new verticals include Health and Wellness with the brand Verywell; Finance, which includes Investopedia and The Balance; Beauty and Style with Byrdie, Brides and MyDomaine; and Food, Beverage and Home, which includes TripSavvy, The Spruce and Liquor.com.

With the acquisition of Liquor.com, DotDash will take on more than 10 staffers focused primarily on editorial, says Axios. This model was used in other DotDash deals.

Liquor.com founder-CEO Kit Codik will stay on with the brand at DotDash.

DotDash is reportedly expected to see revenue exceed $150 million this year, with funds stemming from both advertising and commerce across its 10 brands.
alcohol, beverages, m&a, web sites
Next story loading