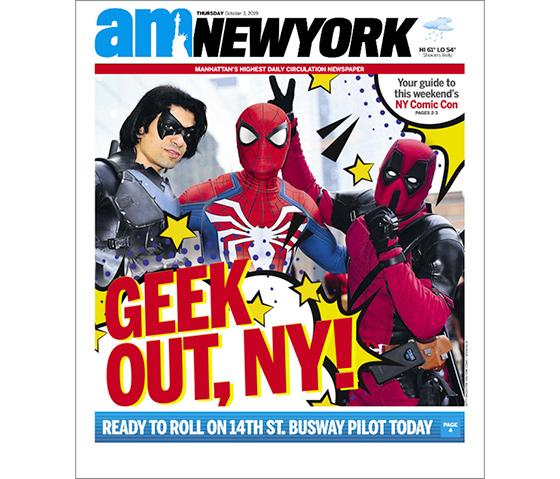 This week, Long-Island-based Newsday Media Group announced it will sell its free daily paper amNewYork to Schneps Media. The sale is set to close October 11. Financial terms were not disclosed.

Schneps plans to continue to publish the newspaper with an eye toward expanding through events programming and broadcasting.

amNewYork was launched in 2003 by Russel Pergament and aimed at the train and subway commuter audience. It claims to have Manhattan’s highest daily circulation among newspapers and counts nearly 1 million unique visitors to its website monthly.

However, like The Washington Post’s Express, which was shuttered last month, amNewYork saw a decline in its ad base and circulation, due to mobile phones. One source told the New York Post the paper was estimated to be losing around $5 million a year.

Newsday plans to focus its attention on “serving Long Islanders with news, information and experiences as we continue to expand our multimedia products and platforms,” publisher Debby Krenek stated.

Last summer, Newsday offered voluntary buyouts to its staff as it prepared to transform “from a traditional newspaper into a leading-edge multimedia and multiplatform content generation machine, with expanded video, exciting live events and experiences for subscribers.”