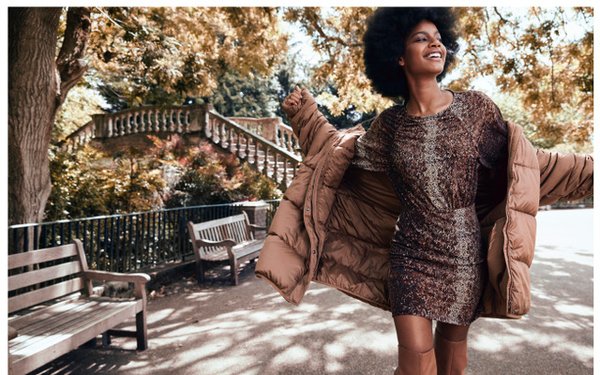 H&M says its efforts to reignite sales are paying off, with sales rising 8% in the latest quarter, including a 30% surge in online sales.

But the gains come as the world wrestles with its fashion conscience, redefining retail on many levels. Forever 21, seemingly the latest casualty of this trend, filed for bankruptcy this week, and Topshop closed all its U.S. outlets several months ago.

As brands like Rent the Runway and the RealReal take hold, even mainstream brands like Macy’s and JC Penney are jumping on the “circular fashion” train, offering used clothes in certain locations.

The Swedish-based H&M is crediting its solid performance, which beat analyst forecasts, to the strong appeal of its summer collections. It says operating profits rose 26%, as shoppers paid full price for more items. Sales in the U.S. climbed 19%.

The retailer also highlighted its ongoing sustainability efforts and notes it will open fewer new stores than previously announced.

While H&M, which has also begun selling used clothes in some of its stores, may be fending off the scorn of consumers for now, growing consumer awareness of sustainability is shifting the landscape.

The Washington Post called the Forever 21 bankruptcy a “tipping point in fast fashion.” And a depressing new report in The Wall Street Journal, citing McKinsey and the Ellen MacArthur Foundation, says that the number of garments purchased annually by the average consumer jumped 60% from 2000 to 2014, while the number of times a piece of clothing is worn before discarded fell 36% between 2002 and 2016. Americans wear clothes for about 25% of the global average.

And despite the Marie Kondo-like craze of donating to charities, the growing awareness that 84% of U.S. clothing still winds up in landfills is getting to shoppers.

New research from Accenture highlights how deep the change is. In a study of 1,500 consumers, half of its respondents are thinking about the environmental impact of shipping, and say they’d opt for slower shipping or in-store pick-up.

And 24% of all respondents — and 34% of older millennials — say they are either likely or extremely likely to rent clothes for holiday parties this year. Vintage is gaining, with 48% saying they’d consider giving secondhand clothing as gifts, and 56% saying they’d welcome a vintage present themselves.