New For Fall: The Mystery Of The New 'Nancy Drew' 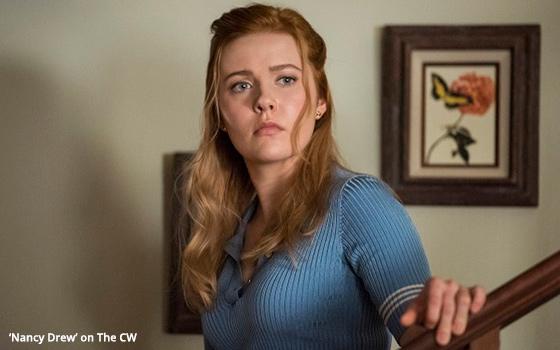 The real mystery of the new “Nancy Drew,” premiering Wednesday on The CW, is how this show got through months of development and production only to come to its premiere date missing the one crucial ingredient that has made mysteries engrossing entertainment for millions for more than a hundred years.

That crucial element would be a resolution by the story's end to the mystery introduced at the beginning. But no. This “Nancy Drew” gets all the way to the conclusion of the premiere episode and ends without solving either of the two murders it presented earlier in the show.

It is true that at least one of them seemed to be set up as a story that would continue for multiple episodes. This is common in prime-time dramas today in which dual storylines get introduced -- one for the episode at hand, and the other to continue through part or all of the coming season.

But when I arrived at the end of the premiere episode of “Nancy Drew” while previewing it earlier this week, and the ending came with no dramatic reveal accompanied by a requisite surprise plot twist that would unmask the killer (or killers), I actually asked myself whether the producers of this show had forgotten they were making a mystery show.

That would be the point of a whodunit, right? And unless I have missed my guess, the “Nancy Drew” brand is exactly that -- a series (originally a series of books that date back to 1930) about an amateur teen (or young woman) sleuth who insinuates herself into murder investigations in her small town (fictional Horseshoe Bay, Maine).

She then solves them by the end of the book (or TV episode), often at the consternation of local police who seem incapable of putting the same dogged effort into their own, often fruitless investigations as this plucky girl (or young woman) does.

In this new “Nancy Drew” (starring Kennedy McCann, pictured above), the title character is a woman in her early twenties who affects the world-weariness that is so common in CW series about, and aimed at, young adults.

She is a Debbie Downer whose sadness and ennui are first detected in the sound of her voice, which unfortunately supplies a running, dreary narration throughout the show. Her voice has a quality of blandness that would seem to disqualify it as unsuitable to narrate the show. But voiceover artistry is apparently another one of the broadcasting crafts that is in the process of dying, if it is not already dead.

For that matter, so is the art of writing mysteries for television. In the premiere of “Nancy Drew,” the murders seem to have hardly disturbed this small town at all. At various times during the episode, it is actually possible to forget that you are even watching a murder mystery.

It is unfortunate that this new “Nancy Drew” is so inept. The CW’s young adult audience deserves to be entertained by mystery stories as much as the rest of us. Hey, here’s an idea for The CW for next season: “Young Columbo.”