Breaking It Down: Inside The 'Breaking Bad' Mystique 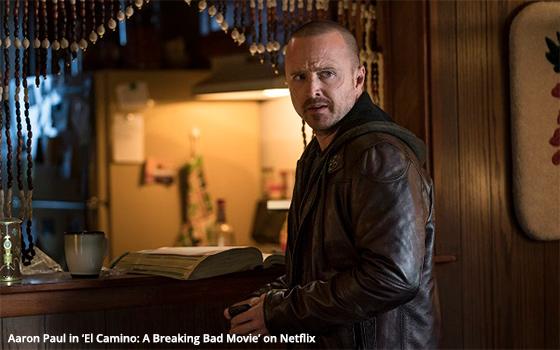 Excitement among “Breaking Bad” fans has been building for a while now in anticipation of the follow-up movie premiering Friday (Oct. 11) on Netflix.

It is a testament to the impact that “Breaking Bad” made in its five-year run from 2008 to 2013 on AMC that most of those who will read this blog today will instantly recognize the Pinkman character and know he who is.

“Breaking Bad” is one of a half-dozen or so shows that are associated by many with what came to be known as a new Golden Age of television in the early- and mid-’00s. And even among that small number of shows, “Breaking Bad” stands apart and also above.

There was just something about this show that elevated it above the rest. When many people talk about their favorite TV shows, from any era, the title of “Breaking Bad” comes quickly and easily to mind.

Just in case there actually is someone reading this who is not familiar with “Breaking Bad,” the show was about an ordinary, middle-aged, bordering-on-nebbish high school chemistry teacher in Albuquerque named Walter White who is diagnosed with cancer.

Facing what he feels is surely to be a terminal illness, he realizes he has very little wealth to leave for his family, due mainly to the low salary he earned as a schoolteacher. So he decides to apply his chemistry know-how to manufacturing crystal meth in a trailer in the New Mexico desert as a way of amassing a substantial financial legacy in a short time.

He succeeds at this, and over time, the nebbish schoolteacher becomes an underworld drug kingpin who does not stop at murder to get what he wants.

At the time that it premiered in January 2008, various critics found it irresistible to compare “Breaking Bad” to the Showtime series “Weeds” because that show was about a widow (played by Mary-Louise Parker) who turns to selling marijuana after her husband, the family breadwinner, dies.

But “Weeds” was decidedly lighthearted. “Breaking Bad” was something else entirely. As much as anything else, it was a story about how a typical law-abiding man could go astray when facing difficult and immediate financial challenges.

“We take Mr. Chips and we turn him into Scarface,” was how the series’ creator and showrunner, Vince Gilligan, described “Breaking Bad” at the time of its premiere.

One of “Breaking Bad's” best features was the performance in episode after episode of Bryan Cranston as Walter White. Cranston, 51 at the time of the show’s premiere, took to the character as soon as he read a script for the first time. He then went on to create one of the most memorable characters in the whole history of television.

“It was probably one of the best hour-long scripts I have ever read,” he told me in an interview shortly before the show's premiere in 2008. "And I read it straight through, which is a real comment to make in a positive sense because a lot of the time, you start reading something and you go, 'Oh my God, let me go check the mail, let me do anything but continue reading this'."

He then described Walter White. “He's not a risk-taker,” he said. “In so doing, he’s become introverted and silent and invisible, and the irony is, because he was given this so-called death sentence by this terminal diagnosis, he has become more alive and more vibrant than he has been in 25 years.”

Ironically, the character would say something similar to his wife, Skyler (Anna Gunn), in the series finale five years later on Sept. 29, 2013. “I did it for me,” Walt told her in their final scene together -- a statement that represented a complete reversal of the unselfish motives he adopted at the start of the series. “I loved it,” he admitted to Skyler in the end. “I was good at it, and I was really ... I was alive.”

Walter White was killed in the series finale, which means he will play no part in the Netflix “Breaking Bad” movie (unless the movie includes flashback scenes from the time he was very much alive).

Now, Aaron Paul is the one doing the heavy lifting as “Breaking Bad” puts the focus on Jesse Pinkman.