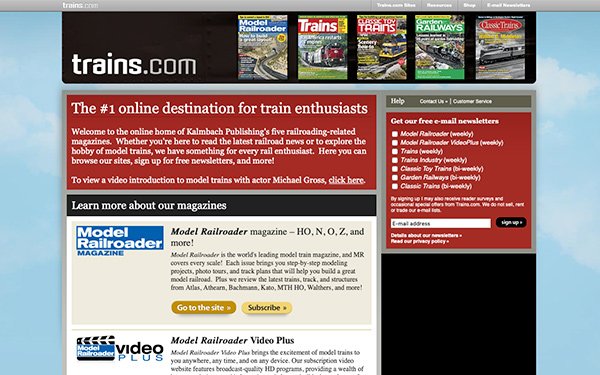 “Launching in 2020, Trains.com will become the ultimate digital destination for people who are passionate about all things train-related,” stated Dan Hickey, Kalmbach CEO.

The site will include modeling how-to and railroading news, information and history. It will also feature stories and photos of layouts and collectibles, as well as rail travel stories and tours.

David Popp has been promoted to the newly created role of executive producer for Trains.com. Content staff for all Kalmbach’s train-related brands will now report to him.

Popp is also an editor at Model Railroader.

Kent Johnson has been promoted to producer for Trains.com video. He will also lead Kalmbach’s corporate video services department.

Johnson will oversee developing, hosting, directing, filming, editing and programming instructional and entertaining video content for Trains.com, as well as other brands in the Kalmbach portfolio.

Swanson and Miller will report to Popp.