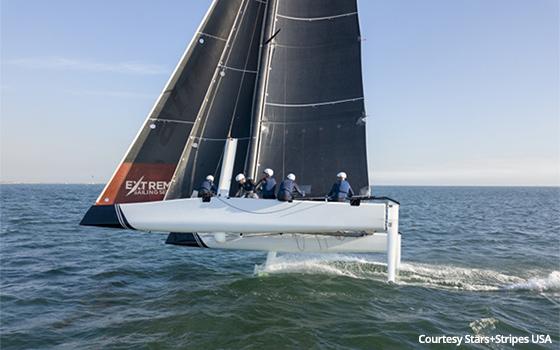 Condé Nast Entertainment (CNE) signed a development deal with Stars+Stripes USAfor a documentary series that will follow the sailing team in its quest to win the America’s Cup yacht race.

The unscripted series will show the process of designing and building a sailing yacht, selecting a crew and coping with challenges, according to an announcement.

The 36th America’s Cup will take place in the waters near Auckland, New Zealand, on March 6-21, 2021. Emirates Team New Zealand chose the location after winning the 2017 cup in Bermuda.

Condé Nast's studio also produced “Fastest Car” and the Emmy-nominated “Last Chance U,” which were among the 10 most binge-watched Netflix series of 2018.

CNE and GQ launched a new YouTube channel dedicated to the lifestyle of athletes, GQ Sports.

Stars+Stripes USA represents the Long Beach Yacht Club in forming the first all-American entry to challenge for the America's Cup in more than 20 years. World champion sailors Mike Buckley and Taylor Canfield founded Stars+Stripes USA to form an inclusive team of men and women sailors to compete in the racing series.

Four of the five competing teams have revealed their multimillion-dollar designs for their racing yachts, which must meet strict requirements to be eligible. The next competition will feature 75-foot yachts whose main hulls lift out of the water as they pick up speed.

"We couldn’t be more excited to document the making of the first All-American team challenging for the America’s Cup in over 20 years,” stated Joe LaBracio, CNE's executive vice president, alternative programming.