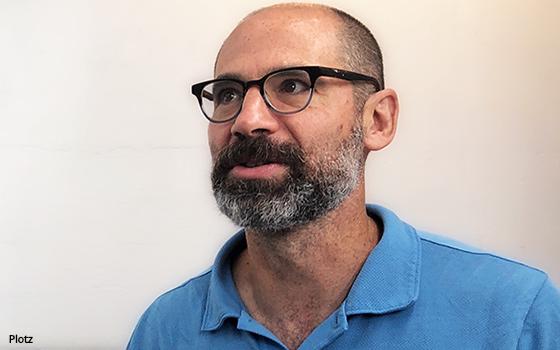 David Plotz, the CEO of Atlas Obscura, left his role this week, as the company scales its travel and experiences businesses. He has held the post for five years.

“I commute from Washington, D.C., which has strained me, and more importantly, strained my colleagues, who deserve a CEO who is working with them in the office every day,” Plotz wrote in a letter to readers on the Atlas Obscura site.

Plotz is not leaving Atlas Obscura entirely; he will stay on as an advisor and experience host. Atlas Obscura is based in Brooklyn.

The team at Atlas Obscura is asking readers to suggest a new CEO.

Atlas Obscura is a travel, experiences and media business with around 60 employees. It offers its readers hundreds of international trips every year, with thousands of local tours and workshops. It also publishes digital content, books, videos and TV shows that reach over 7 million people each month, Plotz wrote.

Plotz is leaving at a time of change at Atlas Obscura. Last month, the company announced Airbnb had led a $20 million funding round. It is the largest investment Atlas Obscura has ever raised. The site will use the funding to expand its travel offerings.

Atlas Obscura’s experiences will be integrated into Airbnb’s channels and offered to its users. Airbnb will take a commission.

“The company is poised to have this huge growth in its trips and local experiences — and that requires a set of skills that I don’t have yet,” Plotz told The Daily Beast. “I think I’ve done a good job stewarding it so far, and helping build this great brand that we built. But right now, it needs someone who has these business skills that I would need to develop.”

Separately, Luisa Kroll has been promoted to the newly created role of executive editor at Forbes. She will help lead news and feature coverage while also spearheading new editorial initiatives across Forbes platforms.

A 23-year Forbes veteran, Kroll previously served as Wealth assistant managing editor. She oversaw the “Billionaires” and “Forbes 400” franchises for almost a decade.

Kroll also helped introduce and edit the lists of the richest people in Asian countries from 2004-2010 and in 2014, created the list of “America’s Most Successful Self-Made Women.”

Atlas Obscura is also working with the executive search firm Heidrick & Struggles to find its next CEO.
magazines, management, travel
Next story loading