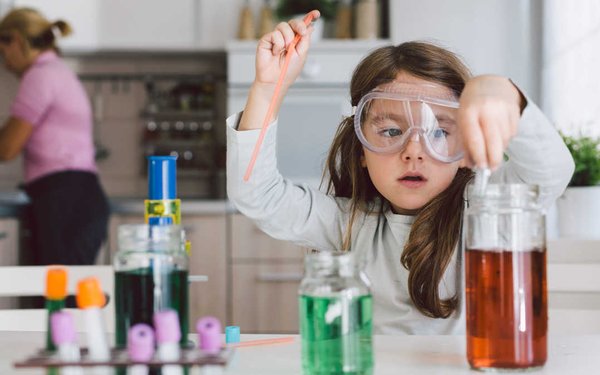 Wild Sky Media is launching “Moms Want To Know,” an article series that addresses key concerns of today’s parents. It is the parenting platform of Mom.com, CafeMom, MamásLatinas Revelist and LittleThings.

It will publish every four to eight weeks.

Some of those concerns include academic pressures and the social aspects of being a student. Device and social-media overload, as well as building a sense of resilience and emotional strength, are also critical issues for parents.

Further, the World Economic Forum estimates that 65% of kids entering primary school will have job titles that don’t exist today.

The "Moms Want To Know" content, both custom and branded, has a specific targeted ad audience.

The debut effort resulted from this summer’s survey of 1,000 mothers. A majority were uncertain about how to prep kids for the careers of the future. One startling stat: Women make up 65% of the workforce, but hold fewer than 25% of STEAM-based jobs.

Marisa Russell, senior vice president of sales, Wild Sky, states that series’ mission is to  “empower children to be the greatest change makers and generation of global citizens.”

In 2020, Wild Sky’s mom sites will push the STEAM initiative with coverage that highlights games and toys that push STEAM subjects; Q&As with working moms in those professions; and offer videos that showcase STEAM role models.

Upcoming themes include the greatness of girls and the importance of giving.

Last year, the Ad Council kicked off its “She Can STEM” initiative — supported by GE, Verizon, Google and McCann — to inspire middle-school girls to envision a future in STEM subjects by showcasing female role models.