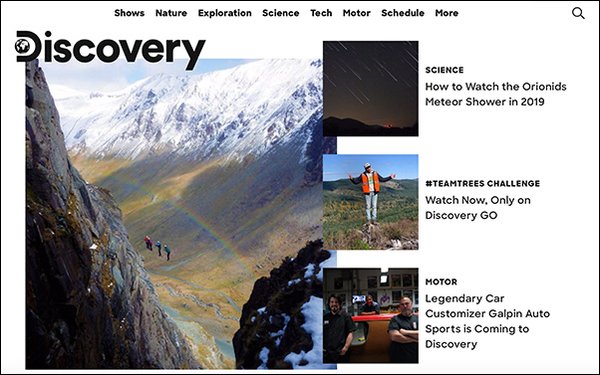 Todd Juenger, media analyst for Bernstein Research, said it was the third straight quarter of rising U.S. distribution revenues -- 6% in the third quarter, 5% in the second, and 4% in the first quarter.

“We can probably all agree that 6% isn't sustainable. For one thing, this was the last quarter before affiliate fees start to lap the Hulu Live addition,” he wrote.

Discovery says that while there were increases in affiliate rates and additional carriage from streaming platforms, this was offset by a decline in overall subscribers: Total subscribers for all networks for September 2019 were down 4%, with just a 1% drop in its bigger TV networks.

At the same time, Discovery witnessed slowing advertising growth. U.S. advertising was up 3% in the current quarter -- down from a 6% gain in the second quarter and a 4% gain in the first quarter.

Juenger says audience growth slowed more in the period -- a 14% drop in overall adults 18-49 ratings in the period, with a 7% decline in all viewers.