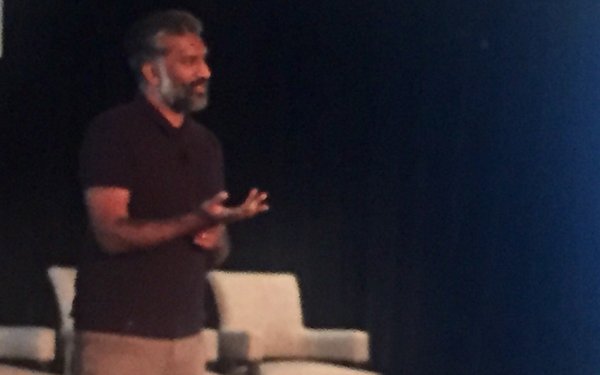 And now we come to Consumer 3.0. You knew this day was coming.

"What was cool is no longer cool anymore," said the former CMO of Boxed, offering virtual reality as an example. It was hot five years ago, he said, but "we're not there yet."

Jeyanayagam said some of the most transformational brands are actually "kinda boring. 'Disrupt' has become a buzzword." And he pointed to the hotness that is Costco. Costco?

Yes, when he was with Boxed, he tried to convince his sisters -- with six children between them -- to use Boxed instead of going to Costco. They were shocked. He conceded, "It is all about the physical experience. It flies in the face of everything we think of as sexy brands." Costco doesn't advertise but, instead, it is all about the customer experiences -- and the samples.

Jeyanayagam advised that "product and growth have to go hand in hand." He would argue that creative is crucial and should be overpaid and trained from the ground up. "It's the biggest thing startups can't get a handle on."