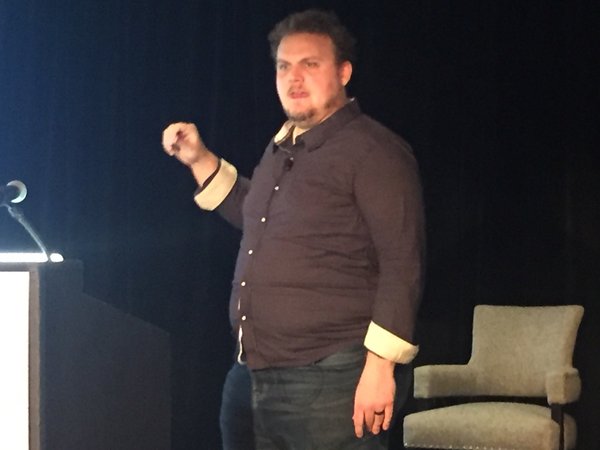 There it was, a small tech store in the Big Apple, a store no one had heard of. And then it discovered podcasting, and Policygenius was on a lot of people's lips.

"That was a big aha moment for me," said Blayne Smith, Senior Acquisition Manager, Policygenius Inc.

In 2017, the podcast industry exploded and the brand decided to invest heavy and early. It had been using digital, paid social, paid search, native and lots of display.

One reason for podcasting, Smith told our Brand Insider Summit D2C, is that "the audience is so good. There's a natural age element that fits with what we were trying to do."

Furthermore, the quality and integration of the ad is strong. "As we've measure the channel, podcast is second only to personal referral. It speaks to the engagement the audience has to the podcast host. They feel personally connected to the person reading the ad."

He played a Policygenius ad on the In Pod We Trust program, during which the hosts bantered about insurance in a jocular way. Although life insurance is not generally something that is found to be humorous, as Smith said, it's best to let the hosts run with what they know their audience wants to hear.

And in this case, it was jokes. Listener feedback was, um, to die for.