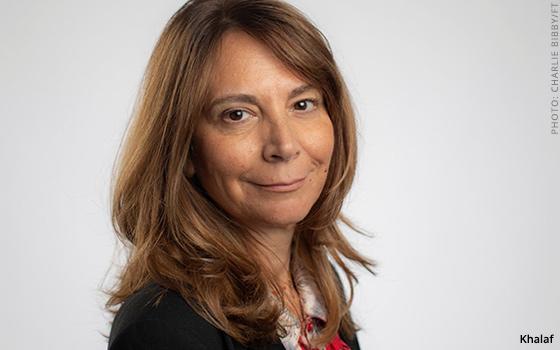 She succeeds Lionel Barber, who is stepping down after 14 years in the position and 34 years at the company.

Khalaf has served as deputy editor since 2016. She has been with the paper for 24 years.

According to multiple reports, Barber was consulting with FT parent company Nikkei for over a year to find his successor.

"Lionel and I have built personal trust over the last several years; it's very sad to see him leave the FT," Tsuneo Kita, the chairman of Nikkei, said in a statement, according to CNN. "However, both of us agree it is time to open a new chapter."

Barber oversaw the paper as it transitioned to the digital era, setting up an impenetrable paywall. Four years ago, British media company Pearson sold the FT to Nikkei, a Japanese financial news publisher, for $1.3 billion.

Barber will oversee the paper until after the general election in the U.K. Khalaf will take over in January.

Separately, in other business-focused publisher news, James Ledbetter, the editor in chief of Inc. magazine, left last week. Ledbetter was editor for nearly six years. He is now head of content at Sequoia Capital.