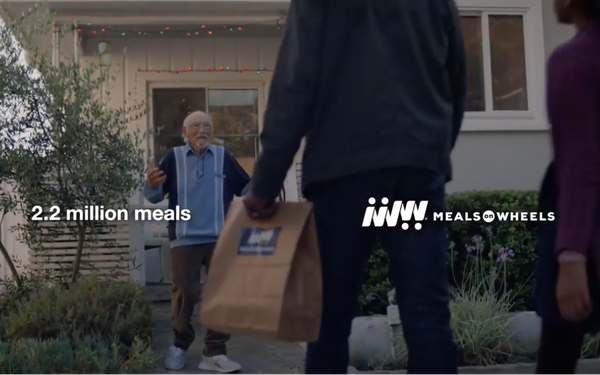 Subaru of America will host its 12th annual “Share The Love” event, which takes the focus off cars and onto heartwarming stories of those who have been impacted by Subaru’s efforts and its partnering charities.

From Nov. 14 to Jan. 2, Subaru will donate $250 for every new Subaru vehicle purchased or leased at more than 632 participating Subaru retailers nationwide to the customer’s choice of four national charities: The American Society for the Prevention of Cruelty to Animals, Make-A-Wish America, Meals on Wheels America and National Park Foundation.

Subaru retailers across the country have also selected 695 local charitable organizations to support.

For a fourth consecutive year, there will be no cap placed on Subaru's total donations.

Over the past 11 years, the event has brought more than $145 million in donations to national and hometown charity partners, says  Alan Bethke, senior vice president of marketing, Subaru of America, Inc.

“Night Visit” tells the story of shelter dogs and cats receiving the gift of holiday cheer from an animal-loving couple. Through 11 years of the event, Subaru and its retailers have helped support more than 57,000 animals with the ASPCA.

“Little Santa” features a young child fighting cancer who is granted his wish to be Santa for a day. He brings gifts to other kids fighting illnesses in the very hospital where he was treated. In the past 8 years since Make-A-Wish was added, Subaru has helped grant more than 2,200 wishes.

“Holiday Meals” shows a family leaving after a holiday visit with an elderly woman. As they repeat this pattern with other seniors, the viewer realizes there’s something more going on. Through 11 years of the Subaru "Share the Love" event, Subaru and its retailers have helped deliver more than 2.2 million meals with Meals on Wheels.

“Guide” tells the story of a grandfather sharing the ancient beauty of the sequoias with his grandson, in a nod to the automaker's donations to the National Park Foundation.

A “Share the Love” compilation highlights all the supported charities. Spots are available to view on Subaru of America’s YouTube channel.

The automaker is also executing several targeted integrations through national broadcast, digital and streaming platforms, including a presentation with charity partners on ABC's "Good Morning America" and a series of episodes on the podcast "Science Vs."

“We hope this creative campaign pays appropriate homage to the people, places and pets that inspire us every day on our mission to be more than a car company,” says Bethke.