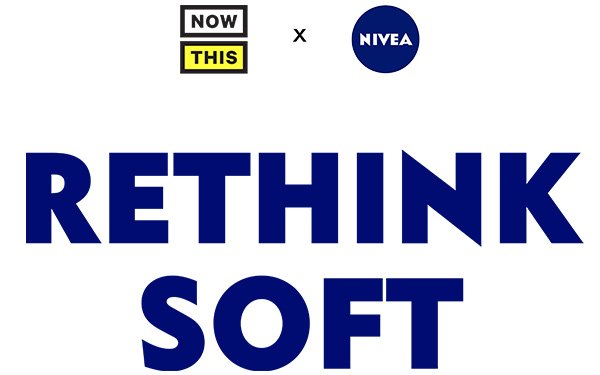 Skincare brand Nivea has partnered with NowThis to be its exclusive digital media partner for its “Rethink Soft” campaign.

Per the partnership, Nivea will be the first brand to buy a one-day takeover of NowThis’s cross-platform ad inventory. The partnership also includes a custom three-part video series and Nivea’s sponsorship of NowThis’ weekly Facebook series “Good Start.”

“Rethink Soft” is centered around the idea of reconsidering negative ideas associated with softness that conflate it with weakness. Rather, the campaign asks people to consider the important, long-lasting effects softness can have on others.

For example, the custom video series will feature moving stories. In the first installment, called “ICU Grandpa,” the camera focuses on David Deutchman’s work as a volunteer at Children’s Healthcare in Atlanta.

The following two episodes follow Ken Nwadike Jr., who wore a “free hugs” T-shirt at the Boston Marathon the year after the 2013 bombing, turning it into a global movement, and Oliver, a young boy who dresses up as a police officer and visits local nursing homes with flowers in tow.