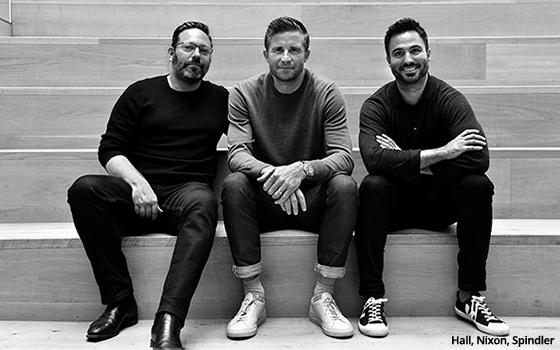 The agency, with a staff of 300, has offices in London, New York, Singapore and Shanghai.

Tosh Hall has been promoted to Global Chief Creative Officer, responsible for the creative and strategic output of the agency across North America, Europe and Asia. Tosh is credited with helping JKR build a roster of iconic clients like Budweiser, Dunkin’, and Burger King, as well as attracting top creative talent from brands like Nike, Chobani and Warby Parker. During his tenure the agency won back to back agency of the year awards at D&AD.

James Nixon has been promoted to CEO Europe and global head of Ventures. Nixon is tasked withl overseeing business for the European region, with a focus on agency expansion into new European markets. He’ll also oversee JKR Ventures, a division within the company partnering with entrepreneurs to help transform their business ideas into powerful, disruptive brands.

Jonny Spindler has been promoted to managing director of JKR London. He will manage the 150-employee London office, overseeing client work for brands such as Burger King, MARS, and Hippeas.

Michael Baulk joins JKR as Non-Executive Chairman. Baulk previously ran agencies O&M and AMV/BBDO, and has served as Worldwide Chairman of visual effects company, The Mill, since 2007. Under Baulk’s leadership, The Mill won the Academy Award for Best Visual Effects in Ridley Scott’s “Gladiator,” became the first UK visual effects house to open an office on the U.S. West Coast and established an office in Bangalore, India.