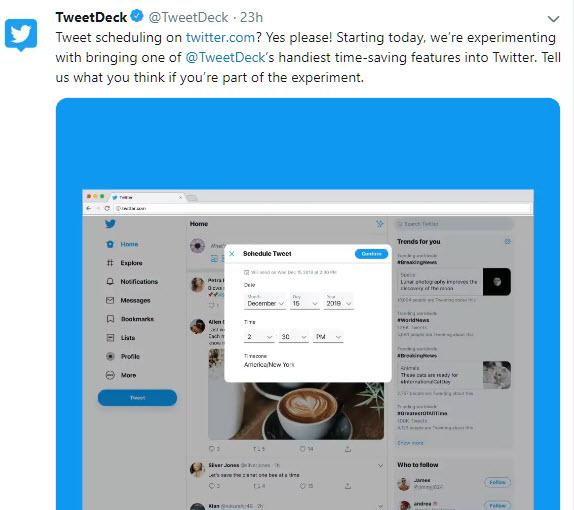 Twitter has announced (tweeted, actually -- see above) that it’s “experimenting” with the ability to schedule tweets from Twitter’s web app, by trying it out with an unknown number of Twitter users.

Currently, scheduling is a popular time-saving feature within the stand-alone Tweetdeck app, but the social media platform is apparently interested in making it available to the broader universe of users — a capability that might make scheduling more convenient for purposes including news releases and product launch promotions.

To use the feature on Twitter.com, the user composes a tweet as usual, then clicks three dots in the bottom bar to schedule the tweet for a specific date and time, according to 9to5mac.

So far, Twitter hasn’t revealed other information about the test, including how long it’s likely to go on before a decision about rollout is made.