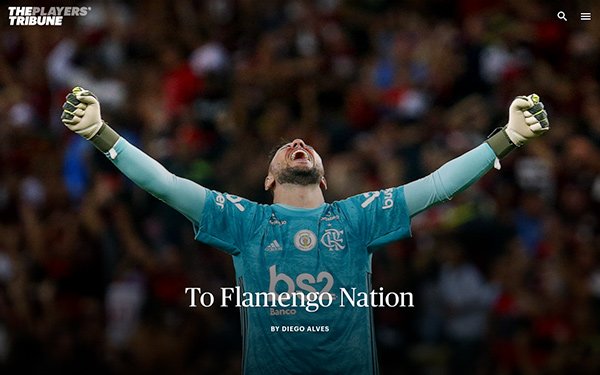 Minute Media has acquired The Players’ Tribune, the website created by former Yankees baseball star Derek Jeter as a home for athletes to share personal stories.

“Over the past year, we’ve been looking for the right partner to help us expand internationally,” Jeter wrote in a post to TPT readers.

“What Minute Media gives The Players’ Tribune is the ability to reach a wider audience on a global scale,” he added. Jeter told readers “most things won’t change” under the new ownership.

He will continue to be involved as founder, and will join Minute Media’s board of directors. TPT will operate independently, "powered by Minute Media’s technology and global scale," he wrote.

TPT has published content in English, Portuguese, Italian and Chinese.

While TPT experienced several viral hits, it struggled to scale. It pulled in 258,000 unique visitors in September, according to Comscore.

The Players' Tribune has raised roughly $60 million in funding. Most of the company's revenue comes from branded content.

The platform has partnered with more than 60 brands in the last three years, including video, product and content deals with brands like Toyota, Hyundai and Sharpie.

A global publishing and technology platform, Minute Media operates three sports-media platforms: 90Min, DBLTAP and 12Up. In the last few years, it acquired Mental Floss and The Big Lead.

The Players’ Tribune is the company's third acquisition.