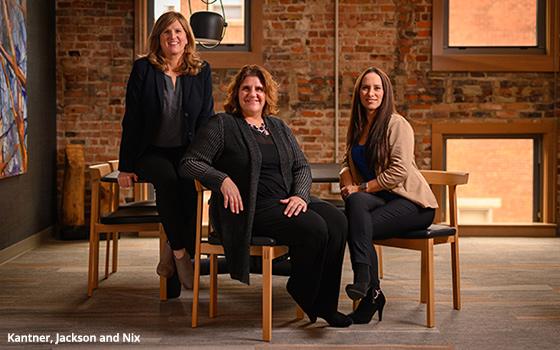 Joining Empower’s leadership team are two business unit leads driving half of the agency’s clients -- Laura Nix and Jennifer Jackson, as well as Kellie Kantner, head of operations working alongside president and Chief Operating Officer, Rob FitzGerald. All three are senior vice presidents at the agency.

“I’m thrilled to announce the promotions of these three women who are largely responsible for Empower’s 30% growth this past year and each play a critical role in helping Empower reach its full Creative Media potential,” stated FitzGerald. “More importantly, it’s imperative to our continued success to surround the agency leadership table with those who challenge the status quo, push their peers to be better leaders and serve as a role model for our employees – which Laura, Kellie and Jennifer have all proven to do and more.”

Nix has climbed up the ranks in her 20-year career at Empower.  She is credited with driving results for clients like Famous Footwear and PetSmart among others.

In her five years at Empower, Kantner is credited with building the agency’s program management team, where she has been directly responsible for process workflow and design, optimization and implementation of these procedures. Resource planning and allocation for the organization are also within her purview.

Jackson brings more than 20 years of experience from agencies and marketers like Foote Cone & Belding, Microsoft, Starcom and Vogue to Empower clients like Wendy’s, Tempur Sealy and Fifth Third Bank. Having been at the agency for two years, she is credited with driving one of the highest-performing business units.

Seventy percent of director-level positions and above are held by women at the agency, which was founded by Mary Beth Price nearly 35 years ago.

In September the agency announced that current CEO Jim Price purchased the agency.