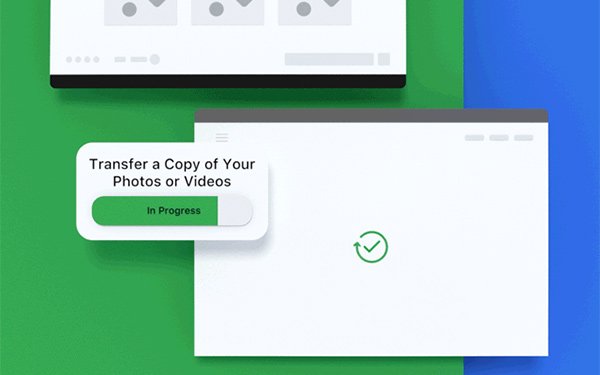 Facebook is giving users more say over their data, including the ability to transfer photos and videos to rival platforms.

The company will initially give users in Ireland the option of moving their photos and videos to Google Photos. By early next year, the tool will be available to all users worldwide.

The effort has been in the works since last year, when Facebook joined the Data Transfer Project -- a partnership between Google, Apple, Microsoft, Twitter and Facebook to let users transfer personal data between their respective services.

“We’ve spent the past year building the foundation for the photo and video transfer tool we’re starting to release today,” William Morland, software engineer at Facebook notes in a new blog post.

Just recently, however, U.S. lawmakers introduced a bill to force Facebook and other social networks to let users easily walk with their data.

Yet, rather than rushing to appease policymakers, Morland asserts Facebook has taken its time with the effort in order to ensure the security of user data.

“We first needed to verify the security and reliability of the system,” Morland said. “We then needed to build an easy-to-understand interface through which people can initiate transfers and monitor the status.”

According to Morland, it has also taken time to write extensions to let the open source code communicate with the tool’s interface, as well as with Facebook’s back-end systems.

Facebook has offered a Download Your Information tool since 2010, which has let users access a secure copy of the data they have shared with the network.

Whether these efforts satisfy lawmakers remains to be seen. For the moment, they seem convinced that Facebook and other tech giants have become too powerful.
facebook, social media
Next story loading