Auld Lang Syne And Good-Bye To These Shows In 2020 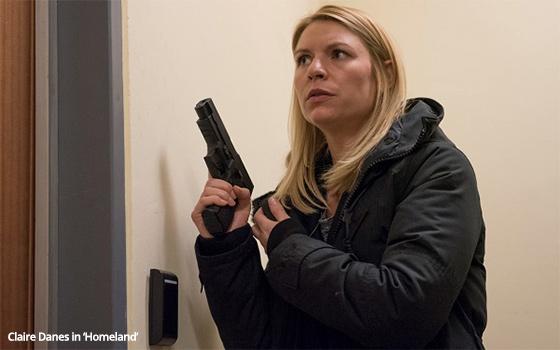 When thinking about the pace of change in the TV business, and also in the world generally, it is sometimes dumbfounding to be reminded that there are still scripted series on TV that first came on the scene before the current decade.

That decade, in which so much of the change that we all talk about here took place, is coming to an end in a few weeks. And soon after the new decade of the ’20s begins, a number of long-running series will also end.

Who knew -- except perhaps for its legions of fans -- that the CW drama “Supernatural” has been on for 15 seasons? The show premiered on Sept. 13, 2005 -- on the old WB, no less -- in an era very different from the one we are in now. Earlier that same year, in February, YouTube was launched, and a new world was born.

“Supernatural” is nine days older than “Criminal Minds,” the sturdy police procedural that premiered on Sept. 22, 2005 on CBS.

But like all good things, “Supernatural” and “Criminal Minds” are both coming to an end in 2020 after 15 seasons apiece, along with a number of other shows that sometimes seem almost ancient, even if they have only been around for eight, 10 or even 11 seasons.

“Modern Family” is another show that premiered before 2010 -- on Sept. 23, 2009, to be exact. Its 11th and final season will conclude next spring. The show has been around so long that we have all watched the Dunphy kids grow up before our eyes.

The pace of change that the world has experienced in this show's 11 seasons can even cause one to wonder if the “modern” family it has depicted so affectionately is still sufficiently modern.

“Homeland” premiered on Showtime in 2011, and is now headed toward its eighth and final season starting on Feb. 9. For our unsinkable Carrie Mathison (Claire Danes, pictured above), fighting the global War on Terror for nine years must feel like a lifetime. And in TV time nowadays, nine years is a lifetime.

Sure, you might be saying to yourself when reading this that eight seasons were more than enough for the writer of this TV Blog to get to know “Arrow.”

But such is the nature of TV today: Shows come and go frequently and in great numbers -- beginning and ending at all times of the year.

For those of us who never got around to watching “Fresh Off the Boat,” for example, six seasons was not enough, apparently.

The impetus for this TV Blog was a rundown of shows ending their runs next year that was recently published on the Hollywood Reporter website.

Whenever I come across this kind of story, it makes me wonder: Which shows now just starting out will we miss when they near the ends of their runs in 2026 or ’27 or ’31? What will TV be like then?

Will it all be so fractionalized that we won’t even form attachments for shows and their characters anymore? Or to put it another way: Will there be any Dunphys in our collective TV future?