A Big Idea To Fix The Holiday Season 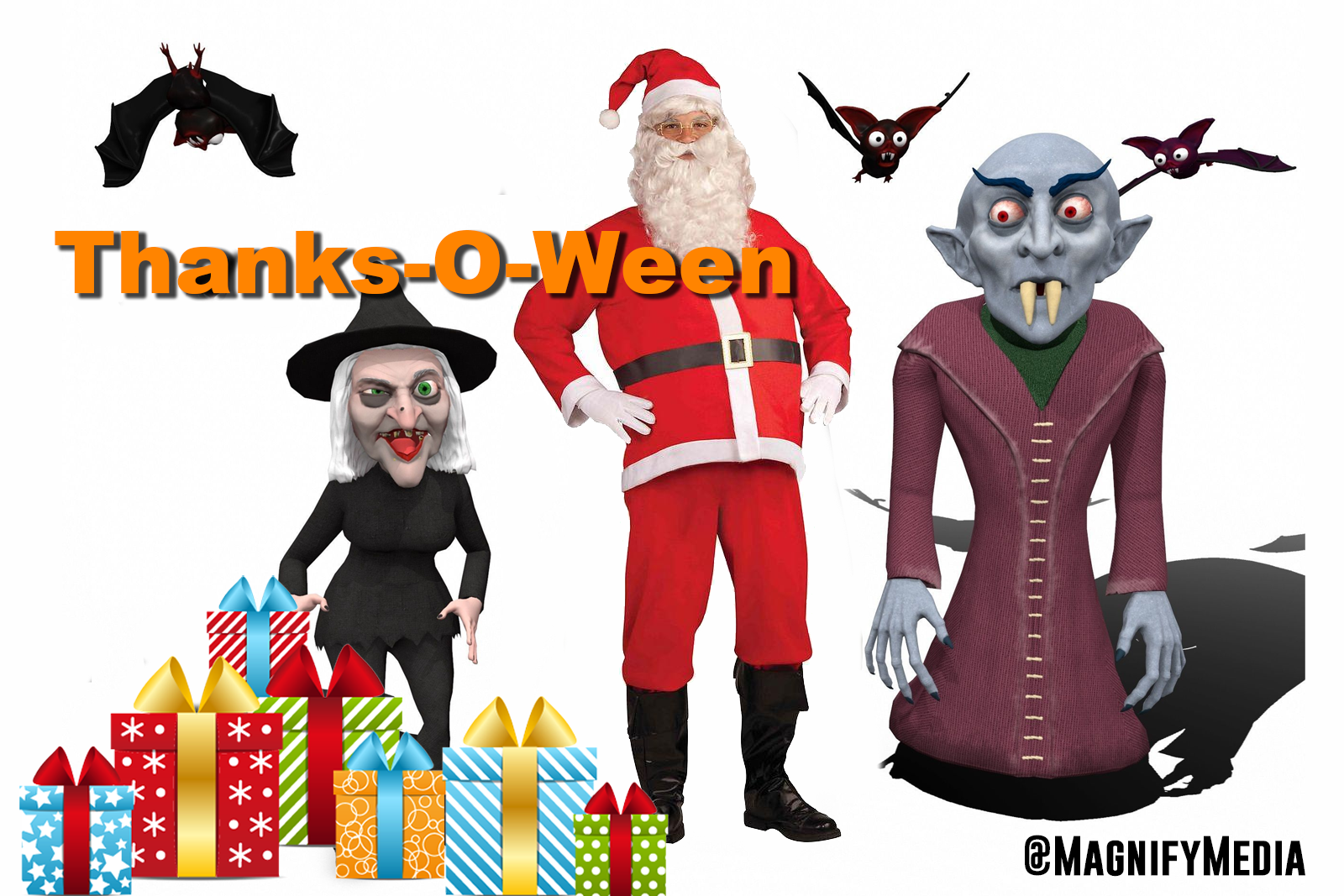 Even as the Thanksgiving celebrations are entering the final phase, and family members are heading home in the annual planes/trains/automobiles slog… it begins.

On the subway the other day, I saw people laden with bags from Macy's and Century 21, their arms overflowing with joyous consumerism. There were tourists, heading to visit the Rockefeller Christmas tree, and locals trying to make it home to squeeze holiday season preparations with the crush of end-of-year wrap-up projects and deadlines.

Then it came to me. There’s a problem we’ve created -- and we can solve it.

The holiday season is…  too short. It’s crammed into three weeks in December. It forces an unnatural acceleration of Christmas carols being played in the elevator, and fast-moving media coverage of sales, discounts, margins, and doorbuster pricing.

The holiday season is broken, but I know how to fix it.

We need to move Thanksgiving. And it turns out, we’ve done it before!  NPR had a terrific piece about this very topic.

In 1789, President George Washington declared Thursday, Nov. 26, as a "Day of Publick Thanksgivin," according to the National Archives. But in the years following, the date for the holiday was announced by presidential proclamation and was celebrated on various days and in different months. When President Lincoln made his Thanksgiving proclamation in 1863, the fourth Thursday of November became standard.

So, I have an audacious plan -- one that can only make our lives better.

I think we should merge Thanksgiving and Halloween.

Imagine the relief when the holiday shopping season begins Nov. 1, with two full months to shop, write holiday cards, plan holiday travel, decorate the tree. The economic and emotional relieve would be amazing.

Imagine for a moment the parade, merging the Macy's Thanksgiving Day Parade with the Village Halloween Parade. What a fantastic display of inclusion, balloons, and The Village People. A dance team performing Michael Jackson’s “Thriller.”

And honestly, Thanksgiving could use a complete overhaul. The Thanksgiving story is a sloppy blur of stereotypes.

The Mayflower did bring the Pilgrims to North America in 1620.

And they did arrive and set up a colony at what became Plymouth, Massachusetts. But like all history, it’s an amalgam of other bits of history: facts and fiction.

Halloween’s history is even less clear.

Halloween tradition originated with the ancient Celtic festival of Samhain, when people would light bonfires and wear costumes to ward off ghosts. In the eighth century, Pope Gregory III designated Nov. 1 as a time to honor all saints. The evening before was known as All Hallows Eve.

Over time, Halloween was taken over by Hallmark and M&M Mars. The National Retail Federation predicted that spending on Halloween would reach an eye-popping $6.9 billion this year.

Today Halloween has evolved into a day of dog costumes, pumpkin carving, costumes, and candy.

Thanks-O-Ween would be a fantastic solution to our holiday stress.

Holiday travel would be reinvented, with less dangerous winter driving. Families could gather for Thanks-O-Ween cruises, or multiday food and costume festivals.

But most importantly, the holiday shopping season would expand dramatically. Instead of Black Friday, you could have a week of Black Friday sales, renamed Green November (think eco-consumerism meets retail festivities). The colored lights could go up earlier, the local pharmacy could put out its elf and Santa animatronic displays while fall leaves are turning color.

It’s time to give ourselves the time we need to fully enjoy the commercial celebrations that fuel the engine of the consumer economy.  Here’s to Thanks-O-Ween.

holiday, retail
1 comment about "A Big Idea To Fix The Holiday Season".
Check to receive email when comments are posted.
Next story loading