Outrageous: Peloton, Hallmark And What Leno Said About Koreans 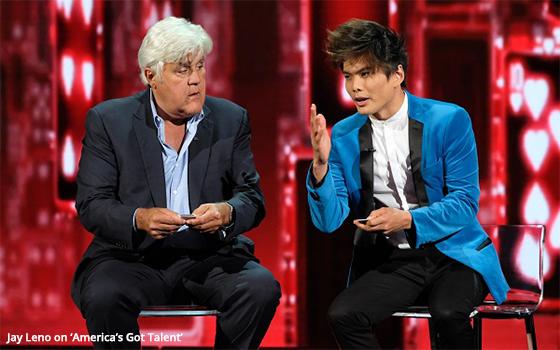 The forces of complaint in this country tend to ply their outrage based at least in part on the principle that if you do not complain about each instance in which an insult or slight is perceived, then you will allow the issue to fester and grow until it becomes a bigger and perhaps even an intractable problem.

That is one way to look at the latest outrages that are consuming so many people's time and attention lately -- two of them surrounding TV commercials and another one involving a statement Jay Leno reportedly said, although it has never been seen or heard on TV.

Another way of looking at these controversies is to dismiss them as the ravings of people with too much time on their hands and too little of real importance to worry about.

Or to put it another way: Becoming upset by, and then taking the time to join in the chorus of outrage about the content of an exercise-bike commercial is surely a First World activity if there ever was one.

Meanwhile, while we in America worry about the crimes of Peloton and the alleged intolerance of the Hallmark Channel when it comes to same-sex marriages, millions of people around the world are wondering where their next meal is coming from.

This is a difficult topic to write about. In taking up the subject, one does not want to inadvertently incur the same kind of wrath as the Peloton commercial (I don't really have to identify which commercial at this point, do I?) or Hallmark's decision to cease running a Zola.com commercial that showed two women kissing who had just evidently completed their wedding vows.

Where the Peloton commercial is concerned, I admit to having no reaction whatsoever either pro or con in the first dozen or so times I saw this spot pass before my eyes on TV.

The anger over it came as a complete surprise. I happen to think the anger is overblown. Please don't shoot me.

As for the Hallmark Channel controversy, the TV network portion of Hallmark Cards Inc. did probably err when it pulled the Zola ad because it put the company in the position of seeming to be against same-sex marriage.

As a brand in the business of selling products that help people celebrate milestones such as weddings, same-sex weddings today would appear to represent a robust source of revenue for a company such as Hallmark. The company would be ill-advised to ignore this segment of its business.

In the aftermath of the controversy, the parent company stepped in to reassure the world that tasteful same-sex advertising will be welcome at the Hallmark networks.

Elsewhere, in a story making headlines on some of the same media news websites that breathlessly covered the Peloton commercial and Hallmark Zola stories over the weekend, a group whose mission is to serve as a watchdog for negative messages in the media concerning Asian Americans wants NBC to sever its ties with Jay Leno.

This dust-up arose over the last few weeks after Gabrielle Union was apparently dismissed from NBC’s “America’s Got Talent” and she then went public with accusations that attempted to describe the working environment at the show as toxic.

One example she used was a statement allegedly made one day by guest judge Jay Leno (pictured above on the show with Canadian-American magician Shin Lim). The statement, apparently uttered jokingly, had something to do with North Koreans eating dogs. The statement was edited out and never aired on the show.

Nevertheless, this advocacy group called the Media Action Network for Asian Americans felt Leno's statement was harmful to all Asian Americans. The group reportedly has been angered since at least 2012 by Leno occasionally taking up this topic in his monologues and stand-up performances.

An official of the group was quoted in The Hollywood Reporter as linking Leno's jokes with “a rise in racial profiling and hate crimes against Asians, Asian Americans and immigrants.”

Certainly, displeasure with a comedian's jokes is one thing. Linking them to increases in violence against huge social and ethnic populations is another.

And when a TV network errs in the airing -- or not airing -- of a commercial, it is not the end of the world either. In the Hallmark case, the situation was corrected.

And it should be noted that nobody got hurt.