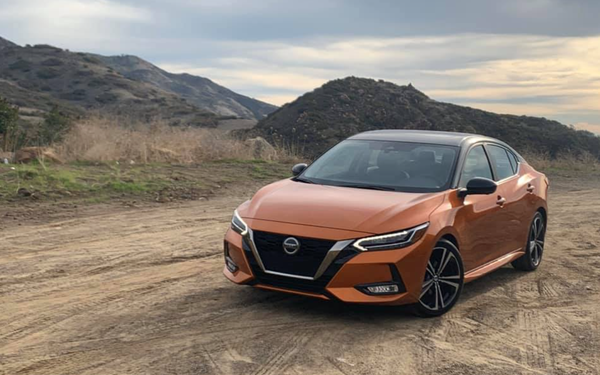 Nissan North America's redesigned Nissan Sentra is likely to give not only other sedans but also the popular SUV segment a run for their money.

“It started with the all-new Altima and the refreshed Maxima, the all-new Versa, and now the fully redesigned all-new Sentra,” he says. “For us at Nissan, Sentra is actually a really big deal. It’s been around for over 37 years. There have been eight generations and we’ve sold more than 6 million units, making it Nissan’s best-selling nameplate.”

Despite a strong sales record, there is still opportunity for growth within the segment, he says.

“We are bullish on sedans,” he says. “Four million sedans are sold each year. What’s more important is, compact sedans are not the only biggest sedan segment, but the third-largest segment overall behind midsize CUV and full-size truck. So there’s a lot of demand in this segment, which represents a huge opportunity for us.”

Nearly 80% of drivers who don’t currently drive a sedan are considering one for their next car, he says.

“Just because they are in a compact segment doesn’t mean they don’t want expressive style and craftmanship,” Warren says. “It’s actually just the opposite.”

The Nissan Sentra offers several comfort and safety features standard that are not common to the competitive set, like a heated steering wheel and adaptive cruise control.

“Time and time again what we hear from customers in this segment of why they are buying here is that they are looking for that car that makes them feel more connected to the road and more confident of their everyday driving,” he says.

The car, which I had a chance to test drive last week, offers features that aren’t standard even on high-end SUVs like the Cadillac XT4 and XT5 that are more than double the price. The 2020 Sentra starts at $19,090.

I recently test drove both Cadillac models and was astounded to find out that adaptive cruise control, which has become almost a given on vehicles of all price ranges, wasn’t standard. This is a huge miss for Cadillac, but that’s another story.

Advanced safety and driver-assist technologies are now widely available on Nissan sedans, and the new Sentra is no exception. Nissan Safety Shield 360, a suite of six advanced driver-assist systems, is standard on all trim levels of the 2020 Sentra.

Also standard are three-point front and rear seatbelts, front seat belts with pre-tensioners and load limiters and adjustable upper anchors; and LATCH System (Lower Anchors and Tethers for Children). A safety belt may seem like a little thing until your neck has been pinched by one of the non-adjustable varieties.

Sentra also offers child safety rear door locks, an anti-theft alarm system and a tire pressure monitoring system. Also standard is intelligent driver alertness, which monitors and gives an alert if it senses a driver is not keeping eyes on the road and hands on the wheel.

The bottom line is, just because consumers opt for a compact sedan doesn’t mean they have to give up styling, comfort and safety. The new Nissan Sentra excels on all fronts.