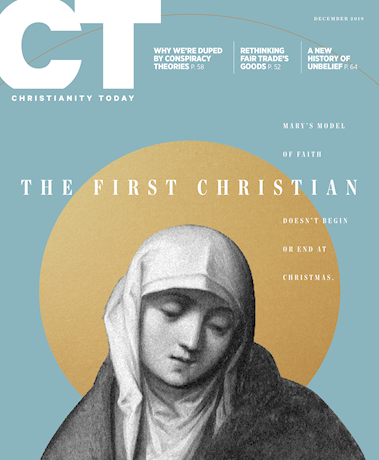 Normally, I don't write much about religious media, and when I do, it's rarely in the context of politics. But two events this week have thrown religious media -- especially Christian media -- into the political discourse surrounding the President's impeachment.

"Pilate had Jesus beaten and whipped, thrown into jail overnight, marched through the streets carrying his cross, and then nailed to that cross until he died. Comparing the treatment received by the President to what Jesus suffered is absurd," Father Martin tweeted, adding: "Also, only one of them is sinless."

Then in the last 24 hours, Evangelical magazine Christian Today published an editorial calling for the President's removal.

Not surprisingly, the President spent much of today, attacking the magazine, which was founded by Billy Graham, calling it "very progressive," and implying it was part of the radical left opposition he's so fond of making his political foil.

Why he would choose to throw fuel on the religious politics fire, one can only fathom. But he concluded in one tweet, "I won't be reading ET again," presumably meaning CT, the acronym for Christian Today. As if he ever read it in the first place.

So now the "chosen one" is moving from a war on mainstream media to a Holy War on Christian media, which I can't imagine will sit well with many followers.

And let's not forget that many of them are followers in the first place, because of the very same Christian media.

And by that, I don't just mean the powerful Evangelical media marketplace (see Mindshare's analysis of it), but the fact that Christians have long-published the most successful publications known to man: the Bible.

It's just too bad the President's supporters don't know how to quote accurately from it. 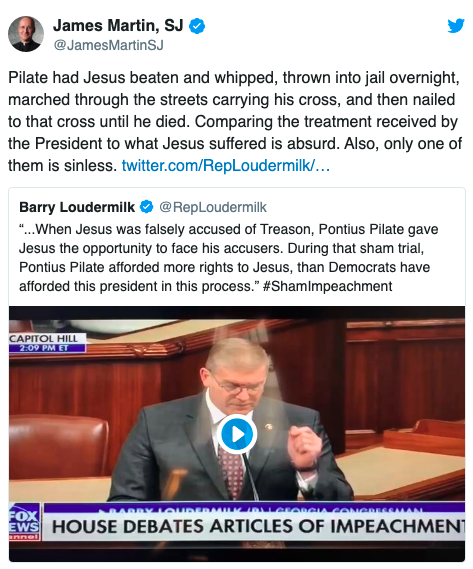 Pilate had Jesus beaten and whipped, thrown into jail overnight, marched through the streets carrying his cross, and then nailed to that cross until he died. Comparing the treatment received by the President to what Jesus suffered is absurd. Also, only one of them is sinless. https://t.co/LehugUU7je