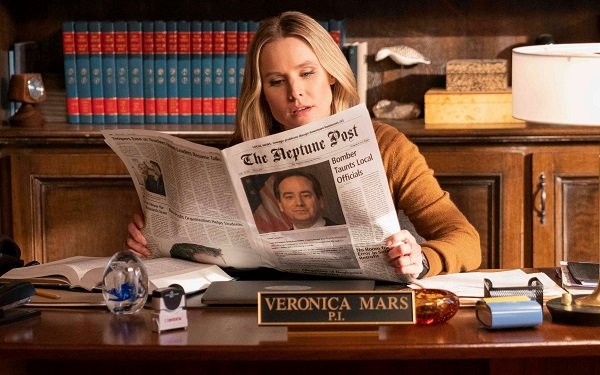 When it comes to these year-end wrap-ups of the year's best- and worst-reviewed shows, the TV Blog is often surprised to discover that positive reviews outpaced the negative, sometimes by considerable margins.

But not this year.

Looking back at the review columns that appeared here in 2019, the tally of pans outnumbered raves by a ratio of almost 2-1.

An analysis of the reasons why certain shows came out on the losing end of the review process here reveals a handful of recurring themes -- grotesque violence in the drama shows, stale clichés in formulaic comedies, idiotic and tasteless new concepts in reality television, and the general, ongoing coarsening of TV (and by extension, all society) by the inclusion of gratuitous dirty words and sex scenes that do nothing to advance or otherwise enhance a show's plot line.

What was the worst show of those reviewed here? Well, if one combines ineptitude and a palpable feeling of laziness in a show's production with relatively high expectations that were not met, then the TV Blog's worst show of the year was the reboot of “Veronica Mars” for Hulu (starring Kristen Bell, pictured above).

Redoing and updating this once-popular show should have been a no-brainer. But instead, “much of the show displayed a slapdash, let's-get-it-over-with quality,” said our review published in July. And that was one of the kinder quotations from our review.

In the premiere episode, a bombing in a small-town pizza joint that blew up four people seemed to have no emotional effect on its community at all.

It was a metaphor for the casual application of extreme violence on television, a place where serial killers and psychopaths are as numerous as, say, dentists or plumbers are in the real world.

This was the problem with some of the more odious of this year's violent, blood-soaked TV shows that were panned here, including “Deadly Class,” a Syfy series about a Hogwarts-like academy for teen assassins; “The In-Between,” an NBC summer drama about a psychic who assists the Seattle police department; and “Prodigal Son” on Fox and “Evil” on CBS.

“It is apparently not enough for murders to occur one at a time on our blood-splattered drama shows,” read the lead sentence of our dual review of “Prodigal Son” and “Evil” in September. “Now, entire families must fall victim to TV's parade of prime-time psychopaths. By sheer coincidence, this is what happens in the premiere episodes of two different network dramas making their debuts next week.”

The headline on the TV Blog review of “The In-Between” summed it up: “Sometimes The Sick Violence On TV Just Becomes Too Much.”

Of the formulaic, time-wasting and just plain dumb comedies that were reviewed here in 2019, it is mildly surprising to discover that two of them were Netflix shows -- demonstrating that even the world's favorite streaming service, about which critics and subscribers can rarely utter a discouraging word, is capable of producing duds just like the rest of television.

The two sitcoms in question were the Idris Elba sitcom called “Turn Up Charlie,” in which this global movie star somehow agreed to play a male nanny to a spoiled brat; and “Merry Happy Whatever,” a sitcom about a thuggish, wholly unlikable dad/father-in-law played by Dennis Quaid.

“Perhaps the worst characteristic of this show is the feeling of sheer boredom it induces,” I wrote of “Turn Up Charlie.” “This show manages somehow to turn a mere 30 minutes into something approximating an eternity.”

The FX comedy “What We Do In the Shadows” deserves a special mention here. This was a mockumentary about a family of vampires who live on Staten Island, kind of a cross between “The Munsters” and “Modern Family.” With all due disrespect to the two Netflix comedies mentioned above, this was probably the worst comedy series reviewed here this year.

In the world of reality TV, there were a handful of duds, including “Lindsay Lohan's Beach Club,” a ludicrous concoction on MTV that had Lindsay running a resort in the Greek Isles. How do you say “train wreck” in Greek?

Other reality misfires were “Made In Staten Island,” about the offspring of various mafiosi (alleged, of course) -- also on MTV, “Unspouse My House” on HGTV, and “The Misery Index” on TBS -- kind of a reality/game-show hybrid.

It is not easy coming up with topics for a five-day-a-week TV Blog. So, while I am still scratching my head over “Man Vs. Bear” on Discovery Channel, I am at least grateful to the show for the two TV Blogs I was able to make out of its debut earlier this month.