A Toast To 2020: Craft Brewers, Wineries Get Tax Break Until Next New Year's Eve 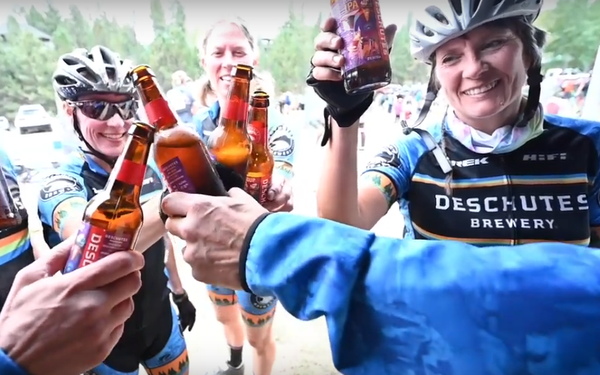 As some politicians say, there is much more in this country that unites than divide us. A little more than a week ago, happily, that spirit of sturdy unity was proved once again.

The House, the Senate, and then the president himself on Dec. 21 signed the Craft Beverage Modernization and Tax Reform Act, an extension of a federal alcohol excise tax cut of 2017.

The law keeps the alcohol excise tax rate of $3.50 per barrel on the first 60,000 barrels made by domestic breweries, wineries and distilled spirits makers producing fewer than 2 million barrels a year.

Had it not passed, that tax would have been double — $7 a barrel — and small breweries and wineries would probably have passed some or all of that increase on to consumers.

The extension expires in 2020 on Dec. 31. The Beer Institute, the Brewers Associatiom., the Distilled Spirits Council of the United States, the American Craft Spirits Association, Wine America, the Wine Institute, and the U.S. Association of Cider Makers all fought to get the extension.

The industry actually wants to extend this tax cut permanently.  And a survey by the Beer Institute released in November found that 68% of Americans want Congress to reduce the excise tax for alcohol producers. The poll found 75% of conservative voters want that tax reduced, as do 66% of liberal voters.

“When you have so much contention on Capitol Hill on other issues, it's nice to see one issue where consumers and policy makers agree,” Jim McGreevy, president and CEO of the Beer Institute, told TheHill.com

Though cutting a tax on small  beer, wine and booze makers may sound  insignificant, there were more than 1,000 start-up craft brewers in the last year alone, for a total of about 7,500 nationwide, with  thousands more in the pipeline, according to the Brewers Association that represents the craft industry. Craft brewers make up 13% of the beer business, even though growth is slowing somewhat.

A 2018 study by the New York Brewers Association said the state’s 434 craft brewers had a direct economic benefit on the state of $3.5 billion, and New York’s wine industry produced a $.5.5 billion bump in that state’s economy. In New York, where the upstate region’s economy is a challenge, new breweries also get a tax incentive to buy locally grown hops, helping to revive interest in that crop.