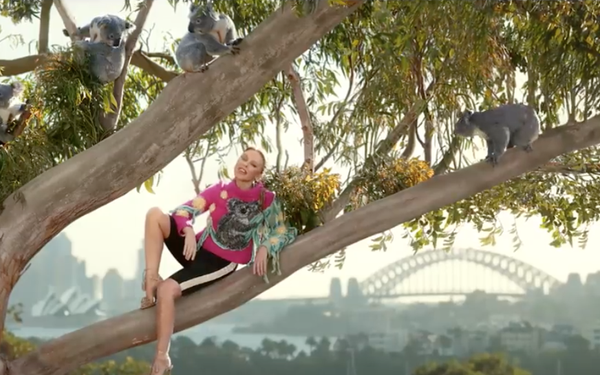 Tourism Australia is scaling back on a $15 million campaign launched in December after fires have devastated large parts of the country and continue to burn.

The cheery campaign, aimed at U.K. residents, stands in stark contrast to the horrific photos being posted across social media and news sites of the fire-ravaged country, including burned animals and children wearing industrial breathing masks.

The tourism bureau told Business Insider Australiait had “reduced” the campaign created by M&C Saatchi featuring singer Kylie Minogue and would review its plans for the coming months.

Since the fires started in November, at least 21 people have died, along with reportedly a half a billion animals.

Tourism is big business for the country. Australia generated $57.3 billion in direct tourism GDP in its 2017-18 financial year, representing growth of 7% over the previous year – three times the national GDP growth of 2.3%, according to Tourism Australia. Tourism also directly employed 646,000 Australians (1 in 19) making up 5.2% of Australia’s workforce.

The U.S. Embassy issued an advisory to tourists on Jan. 3 urging them to leave the South Coast of the Australian state of New South Wales.

“Bushfires are creating smoky conditions across much of Victoria, New South Wales, Queensland, and the ACT that may continue for some time,” according to the advisory. “Smoke can affect people’s health and it is important for everyone to reduce exposure.”

Cruise lines told Cruise Critic today  they are closely monitoring the situation and adjusting itineraries to avoid affected areas. According to Cruise Lines International Association Australasia, only minor changes have been considered necessary to a small number of cruises visiting specific parts of south-eastern Australia.

“The country’s major cities and the majority of its coastline remain open to visitors and most cruises are continuing unaffected and as scheduled,” a spokesperson told Cruise Critic.

The tourism authority issued a statement Jan. 3 encouraging travelers not to cancel plans, but to seek information prior to departure, and remain informed about changing conditions while on the ground.

“It is more important than ever that we rally around our communities and the tourism sector who may have been impacted,” says Phillipa Harrison, managing director of Tourism Australia. “Whilst bushfires continue to impact parts of Australia, many areas are unaffected and most tourism businesses are still open.”