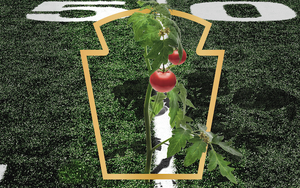 Kraft Heinz brands Heinz and Planters return to the Super Bowl next month to promote ketchup and the new Heinz condiment HoneyRacha, while continuing the narrative of what Mr. Peanut will do for his friends.

In its first Super Bowl appearance since 2016, Heinz ketchup will air a 30-second spot in the game’s second quarter from Wieden+Kennedy, directed by Roman Coppola, the son of noted director Francis Ford Coppola.

Although the spot will mostly showcase ketchup, soon-to-be-released HoneyRacha sauce—a mashup of honey and Sriracha flavors—will make a cameo appearance.

This will be the debut of Wieden+Kennedy’s work with the brand.

In the walkup to the Super Bowl, Heinz will try to comfort football fans who have already booked their Miami-bound flights, but whose teams don't win in the coming weekend’s National Football League conference championship games.

Starting Jan. 20, such disappointed fans can enter a sweepstakes whose 300 grand prizes will be a "flight change refund" by way of a $199.43 Visa prepaid card. Winners will have to pay a fee of 57 cents -- a nod to the iconic advertising slogan “57 Varieties.” The offer is being promoted on social media.

In the company’s 2016 Super Bowl appearance, Heinz unleashed the “Wiener Stampede,” in which a hoard of dachshunds bearing oversized hot dogs and buns converge on people wearing package replicas of mustard and ketchup. The punch line: “It’s hard to resist good taste.”

As a follow-up to his first Super Bowl commercial last year, Mr. Peanut returns in a 30-second spot from VaynerMedia during the third quarter. It will feature “Veep” star Matt Walsh, who said in a statement, “I’ve starred in some nutty scenarios in the past, but I can assure fans they haven’t seen anything like our Super Bowl journey.”

Last year, Mr. Peanut caused urban street chaos in his Nut Mobile en route to saving former professional baseball player Alex Rodriguez from having to eat from a bowl of kale chips. Along the way, the vehicle passes a seated Charlie Sheen, who says, “And people think I’m nuts.”

Separately, to celebrate the 150th anniversary of the Heinz brand, the company has been running its first-ever global campaign, featuring pop music star Ed Sheeran.