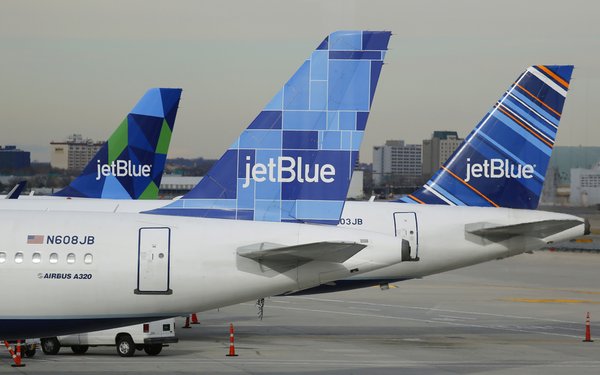 JetBlue plans to go carbon-neutral on all domestic flights by offsetting emissions starting in July. The airline also plans to start flying with sustainable aviation fuel on flights from San Francisco in mid-2020.

These commitments underscore JetBlue’s aim for a more sustainable business, according to the company.

“Air travel connects people and cultures, and supports a global economy, yet we must act to limit this critical industry’s contributions to climate change,” said Robin Hayes, CEO, JetBlue, in a statement. “By offsetting all of our domestic flying, we’re preparing our business for the lower-carbon economy that aviation -- and all sectors -- must plan for.”

The airline plans to offer ways for the airline’s customers and communities to connect with these carbon offsetting projects.

Since 2008, JetBlue has already offset more than 2.6 billion pounds of CO2 emissions in partnership with Carbonfund.org. JetBlue’s new carbon offsetting partners now also include established experts in the space — EcoAct and South Pole.

This expansion is expected to offset an additional 15-17 billion pounds (7 to 8 million metric tons) of emissions per year — the annual equivalent of removing more than 1.5 million passenger vehicles from the road.

“The airline industry is one of the few industries that has collectively committed to an international emissions reduction goal,” said Hayes. “Carbon offsetting is a bridge to, not a silver bullet for, a lower carbon future. Reducing and mitigating our greenhouse gas emissions is a fundamental aspect of our business plan and our mission to inspire humanity.”

JetBlue selects projects around the globe that will offset the use of jet fuel. Many projects operate in less economically developed countries where a bigger community impact can be made. Emissions reduction projects reduce the amount of greenhouse gas in the atmosphere in at least one of three ways: avoiding greenhouse gas emissions in favor of renewable sources, removing emissions from the atmosphere, and destroying emissions when possible.

Some of the projects JetBlue supports with carbon offsets are focused on forest conservation, landfill gas conversion and solar/wind farms.