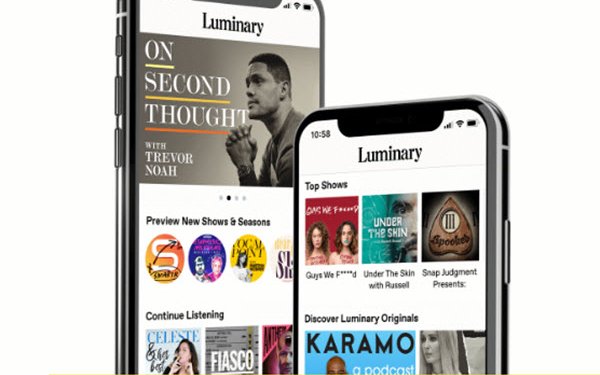 Plepler — whose new Eden Productions film and TV production company recently signed an exclusive five-year Apple TV+ deal — has acquired a minority stake in Luminary, and also joined its board.

The value of Plepler’s stake has not been disclosed.

Earlier this week, IPG Mediabrands revealed that it has signed as a subscriber to Nielsen’s Podcast Listener Buying Power service. The deal gives eight IPG agencies  access to the data for planning and buying purposes.

Luminary was launched last year with more than $100 million in funding from investors including Sinai Ventures and New Enterprise Associates.

The service currently charges $4.99 per month (after starting at $7.99) for access to exclusive, ad-free podcasts from a roster of talent including Trevor Noah, “Queer Eye” star Karamo Brown, Lena Dunham and Russell Brand, as well as original documentaries.

The company was founded in 2018 by Matt Sacks, a former principal with venture-capital firm NEA, a Luminary investor.

“Podcasting has become such an exciting and dynamic medium for great storytelling,” Plepler said in a statement. “Luminary’s vision as a jewel box of premium podcast content where creators are enabled to do their best work and subscribers can consistently discover quality will make it easier for consumers to navigate an incredibly crowded space.”