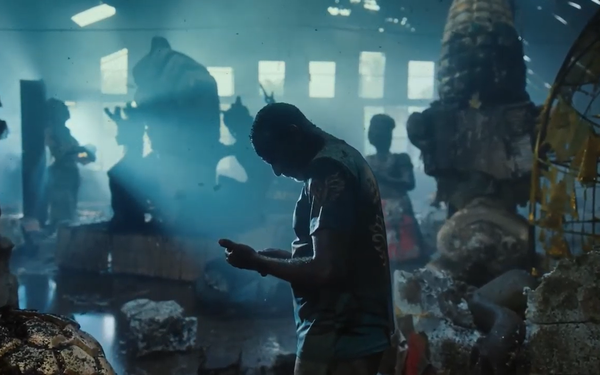 Spearheaded by AlmapBBDO, the WhatsApp campaign is relying on film to illustrate how WhatsApp shapes the lives of everyday Brazilians. It's the company's first major ad campaign in Brazil.

Entitled, “It’s between you,” the campaign’s first film tells the real-life story of local communities using WhatsApp to help each other prepare for Carnival.

Another video, entitled “Keep it between yourselves,” celebrates WhatsApp and emphasizes the app’s privacy and security features.

In Brazil, the videos are being streamed across social platforms owned by WhatsApp-parent Facebook, including Instagram and its flagship app. The film is also expected to appear in open and paid TV channels, as well as cinemas throughout the country.

Long before Facebook acquired WhatsApp for $19 billion in 2014, the messaging app was popular in Brazil. Having just recently surpassed 2 billion users worldwide, WhatsApp still counts Brazil as one of its largest regional markets.

“Brazil is one of the main markets for the company worldwide,” stated Taciana Lopes, head of consumer marketing at Facebook Brazil.

Worldwide, WhatApp’s dedication to security has earned the respect of legions of digital consumers. The app recently earned a spot among the top 20 loyalty brands, according to the 2020 edition of Brand Key’s annual Customer Loyalty Engagement Index.

Moving forward, WhatsApp and its agency partners plan to launch local creations in additional countries around the world. Although each will be uniquely flavored, they are all expected to carry the tagline, “It’s between you.”

WhatsApp said it expects some of the creations will be coproductions between countries.