Lincoln's Got The Blues For Its Customers 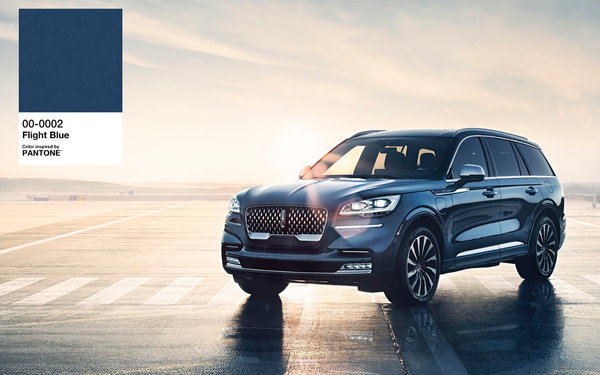 Flight Blue, Lincoln’s signature color featured on the Aviator and Corsair, is inspired by aviation and represents the idea of flight and freedom.

But that’s not the only blue available. There are actually seven: five exterior and two interior blue shades.

There’s a reason for all that blue: 10% of Lincoln’s sales in 2019 were for vehicles in that shade. Blue is an ideal shade for the calming and soothing experience that the automaker aims to evoke in its vehicles, says Susan Lampinen, Lincoln group chief designer, color and materials. “It’s like the endless sky or tranquil sea waters.”

The five exterior shades of blue range from a very light, silver-tinted Chroma Crystal Blue and a slightly deeper Blue Diamond. The tones then ease into Flight Blue, with more of an overlying blue-gray tone, then move into a truer Artisan Blue and a lush Rhapsody Blue.

“Of all the colors in the spectrum, blues are seen as the coolest, both in temperature and in temperament, inducing feelings of calm and relaxation, projecting a quiet, cool permanence,” says Leatrice Eiseman, executive director, Pantone Color Institute. “In most cultures, blues are thought of as a form of protective influence, offering refuge.”