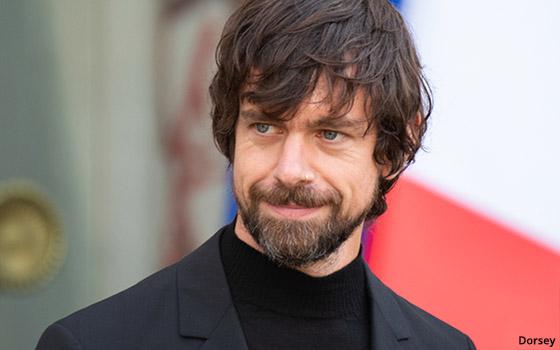 Activist investor Elliott Management —led by Republican mega-donor Paul Singer — has purchased a “sizable” stake in Twitter, and now plans to push for changes that include replacing the social platform’s CEO, Jack Dorsey.

Elliott nominated four directors for Twitter’s board, in an effort to ensure that it nominated enough to fill all three seats that will become open at Twitter’s 2020 annual meeting.

The investment firm has been in constructive talks with Twitter, which has “fallen behind on innovation, choosing to focus on its core service while other social media competitors like Snap Inc. and Instagram develop filters and stories popular with their users,” notes Bloomberg.

Twitter’s shares have declined by 6.2% since Dorsey, who was its founding CEO but left in 2008 after a disagreement with a co-founder, returned as CEO in July 2015. Its quarterly revenue, generated mostly from advertising, passed $1 billion at the end of 2019.

Because Twitter has one class of stock, Dorsey doesn’t have voting control. But its staggered board setup makes it difficult to replace the CEO.

Elliott and other investors have asserted that Dorsey is not focused enough on Twitter. One concern is that Twitter may not be ready to capitalize on the big news events of this year, including the U.S. presidential election, the Tokyo Olympics and the coronavirus outbreak.

Dorsey is also CEO of Square Inc., and has said he plans to live in Africa for part of each year in 2020 and beyond.

Twitter’s decision last October to ban all political advertising was not welcomed by Trump and the Republicans, given Trump’s dependence on the social platform for disseminating political diatribes to his base.

Mike Bloomberg is also using Twitter heavily to support his run for the Democratic presidential nomination.