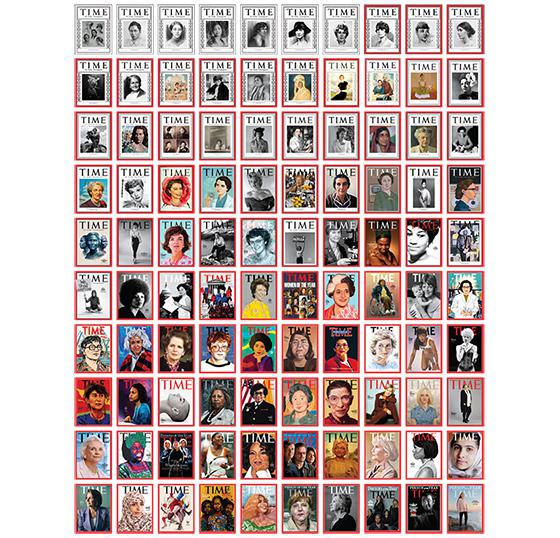 Timed to coincide with International Women’s Day and the 100th anniversary of women’s suffrage in the U.S., Time is releasing a special issue celebrating the 100 most influential women from 1920-2019.

The issue features 100 different covers that evoke the period represented by its subject, with 49 original portraits commissioned by Time. More than half of the artists commissioned are women, including Mickalene Thomas, Shana Wilson and Bisa Butler.

Time executive editor and Women of the Year editorial director Kelly Conniff wrote in a letter for the special issue: “The feminist movement is always about progress, and acknowledging the role of women in history is as much about looking ahead as it is about re-examining the past.

"As Gloria Steinem wrote in these pages 50 years ago: ‘The most radical goal of the movement is egalitarianism.’”