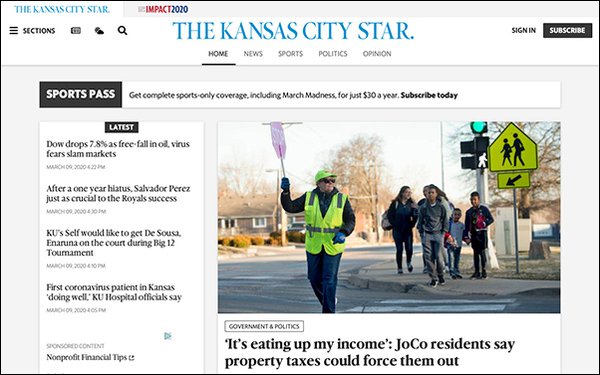 “The Star has not missed a single day of covering the news in Kansas City since the first paper was printed almost 140 years ago. That’s more than 50,000 days in a row. We’re not about to stop now,” Fannin wrote.

Going forward, the newspaper will publish expanded Friday and Sunday print editions that will continue to carry typical Saturday features, such as comics and puzzles. Readers can also access a digital Saturday edition across electronic devices.

“Change is necessary in the business world, and we’re moving more of our resources into the digital side of our business because that is where we are growing — and impressively. The Star leads McClatchy (our parent company) in digital subscriptions, thanks to our loyal readers,” wrote Fannin.

The Kansas City Star is the latest McClatchy paper to end its Saturday print edition.

The Miami Herald announced it would cease printing its Saturday edition in December of last year, as did McClatchy’s Washington papers, the News Tribune and the Olympian. The Fresno Bee and Modesto Bee are also ended Saturday print editions this year.