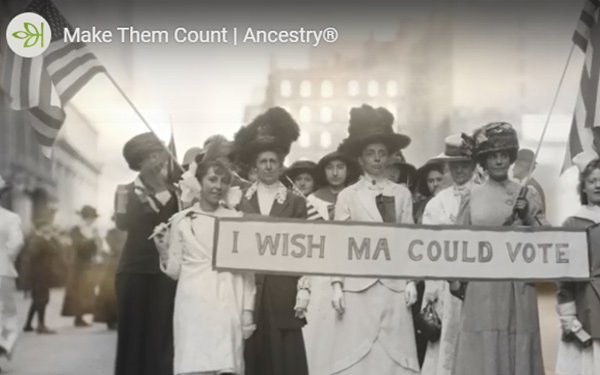 Online genealogy service Ancestry is out with a new TV and digital campaign “Make Them Count” that celebrates the women’s suffrage movement.

The campaign has a unique twist:  The company will let viewers connect in a personal way. It’s released thousands of new records and created a microsite  where people can go to trace their own roots to the suffrage movement.

The campaign kicked off March 3 and throughout the year (which marks the centennial of the passing of the 19th Amendment). Ancestry is working with descendants of voting rights pioneers to tell their stories.

The company’s in-house creative team is working with production company Bonfire Labs on the campaign.