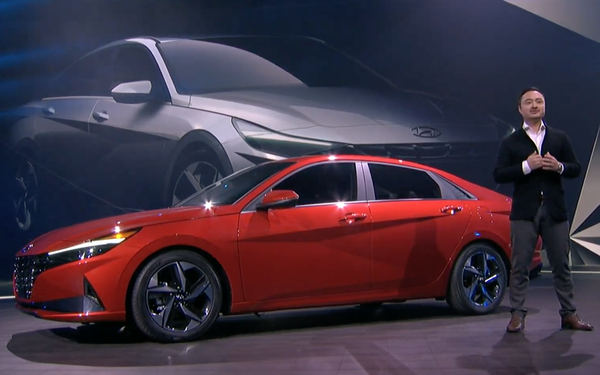 What was originally supposed to be a glitzy Hollywood event attended by hundreds of media and influencers was reduced to a livestream Tuesday night.

In the wake of the rapid worldwide spread of the coronavirus, it’s becoming common. Many press conferences that were set to occur at the Geneva auto show two weeks ago were moved to livestream.

“I think more than anything, it’s just disappointing that so much goes into these things and, poof, down the drain,” a Hyundai Motor America spokesperson tells Marketing Daily “But, with the situation we’re in with the coronavirus, it’s clearly the right thing to do.”

Hyundai unveiled the 2021 Elantra and Elantra Hybrid at The Lot Studios in West Hollywood with an event broadcast around the world. About 5,300 viewers tuned in for the global debut of the latest version of the compact sedan. The automaker teased the new vehicle on YouTube ahead of the reveal.

“While some manufacturers no longer see the value in the car side of the business, we’re doubling down by offering an all-new model with both gas and hybrid powertrains,” said Brian Smith, chief operating officer, Hyundai Motor America, in a release.

The automaker has sold more than 3.4 million Elantras in the U.S. and more than 13.8 million worldwide.

Production of the 2021 Elantra starts in the fall in Ulsan, Korea and at Hyundai Motor Manufacturing Alabama, and sales begin in the fourth quarter.

“The all-new Elantra is a compact sedan that the next generation wants to drive,” according to the automaker. “It is for customers that are pragmatic and sensible yet disruptive and always questioning traditions.”

This “non-conforming mindset” is evident in the design and engineering of the Elantra.

For the first time, a hybrid powertrain has been added to the Elantra lineup, which demonstrates Hyundai’s commitment to expanding its eco-focused lineup of products.

“Parametric dynamics” is the phrase Hyundai designers use to describe the dramatic look of the 2021 Elantra.

“The fresh esthetic was completed through unconventional lines and a face that broke a taboo in automotive design," says Luc Donckerwolke, executive vice president and chief design officer, Hyundai Motor Group, in a release.

Having three lines meet at one point is a main ingredient in making the parametric dynamics of Elantra. Using this design element was a challenge that has previously been avoided in car design, marking Elantra’s “disrupter-spirit,” he says.