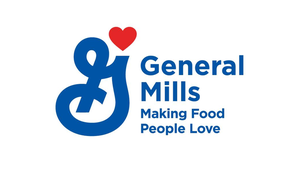 Even as consumers stock up in response to the COVID-19 pandemic, General Mills doesn’t plan to reduce marketing spending in its current fiscal quarter. But it’s already pulled back on in-store promotions planned for April in conjunction with some of its retail customers.

“We’re all trying to do the same thing, and it’s feed our customers,” chairman and CEO Jeff Harmening told food industry analysts yesterday, referring to General Mills’ interactions with retailers on a conference call to discuss Q3 results. “Certainly, keeping the food supply chain moving is at the top of our mind.”

General Mills is the first major food marketer to explain its current operations as food consumption shifts dramatically from restaurants to homes.

In Q3, U.S. net cereal, snacks and yogurt sales were each down 1%, while meals and baking products down 2%. Pet segment sales were up 11%.

Analysts are always concerned with how much a publicly held company is spending, and why. The General Mills executives attributed part of an 8% drop in third-quarter, adjusted operating profit to “higher media investment.”

Asked why the company wouldn’t simply cut back on marketing given that people are flooding stores to stock up, Harmening said, “For us, brand building is a long-term investment. It’s not only what we do this quarter. The impact is not only for now, but it’s three months from now and six months from now.”

Elaborating further on marketing spending, Kofi said, “In the third quarter, we were up in the high teens percent. I would expect our fourth quarter will look similar to slightly up in relation to the third quarter.”

Analyst David Driscoll of DD Research questioned why, “given that there’s so many out-of-stocks and there’s these runs on the grocery stores,” does General Mills not “dial down” its in-store promotional activity.

“We’re in very close communication with all of our retail partners,” Nudi said. “Again, it’s a very dynamic time, so a lot of those discussions right now are about servicing the business and really the day-to-day.

“At some of our retail customers, we have pulled back merchandising in April jointly. In others, we’re just beginning that conversation.”

During the recession just over a decade ago, General Mills did not see people pulling back on purchases of pet food — and the company expects that trend to play out similarly now.“To the extent that the U.S. has some economic hardships as a result of this virus, we would anticipate the pet food category would still be a robust category,” said Harmening.

As of this week, the company’s means of producing and delivering food to retailers “has been working remarkably well,” he added. “Our service levels are well over 90%.”

Overseeing production and balancing it across General Mills’ retail and convenience stores, food service and pet businesses is a “control tower” within in North America composed of “a live group of people and systems that are working 24/7 and really balancing where we’re seeing demand, what lines are running and what products are running.

“We’re talking about how we can simplify the supply chain. In some cases, that might mean running fewer SKUs—so running the big SKUs of soup and not running some of the tail brands, as there’s significant time required to change lines" during production, Harmening said.